Evans could have "destroyed" Rome race "for everyone"

Mitch Evans says he could have ended up "destroying" the Rome E-Prix for the whole ABB FIA Formula E field if he didn't heed Jaguar’s request to slow down towards the end of the race.

Evans took his first win in the all-electric series on Saturday after muscling his way by polesitter Andre Lotterer and fending off the DS Techeetah driver in the closing stages.

As the race approached its final minutes, Evans was asked to slow down by his engineer to avoid adding an extra lap to the race distance and risk running out of energy.

That was on top of the extra stress caused by missing the activation zone for his second use of attack mode, which allowed Lotterer to close right on to his tail.

“[I was] like, ‘what? – that is not what I need right now’,” Evans told Motorsport.com. “I had one stressful moment missing the attack mode, which wasn’t needed. To need to slow down when you’ve got someone like Andre right up your rear wing is the last thing you want.

“But we had a lot of pace, and I could’ve easily gone with the attack mode [once I’d got it], could’ve upped the speed and extended the race, and destroyed everything for everyone because none of us would’ve finished.

Evans’ victory in Rome was also the maiden category win for Jaguar, which became the seventh different team to win in the 2018/19 season in as many races.

The marque is celebrating its first major international series victory since the 1991 World Sportscar Championship at the Nurburgring, although it did take a pair of IMSA GT Championship wins with Davy Jones at Road Atlanta and Mid-Ohio in ’92.

Jaguar entered FE at the start of the 2016/17 season, but endured a disastrous campaign with an uncompetitive package and finished 10th in the teams’ standings.

It improved to sixth last season, with Evans claiming its first podium with third in Hong Kong – although only after race winner Daniel Abt had been disqualified – and its first pole, which came in Zurich.

Evans fought for the win in Rome last year before falling out of contention as he ran out of energy, and also fell away into the clutches of cars with better efficiency performance while leading in Zurich.

“[It’s] relief because this is a group of people capable of delivering these results,” he told Motorsport.com. “So absolutely relief, of course, because there is not a team in the pitlane that doesn’t have pressure – everyone has pressure.

“As a young team, we’ve learned a lot of lessons. This is not a flash in the pan – there has been some genuine bad luck we’ve had and there’s been some areas where we haven’t given ourselves the best luck by maybe not making the right decisions at times.

“So that’s part of why the emotion is there – we’ve felt this has been coming for a long time.” 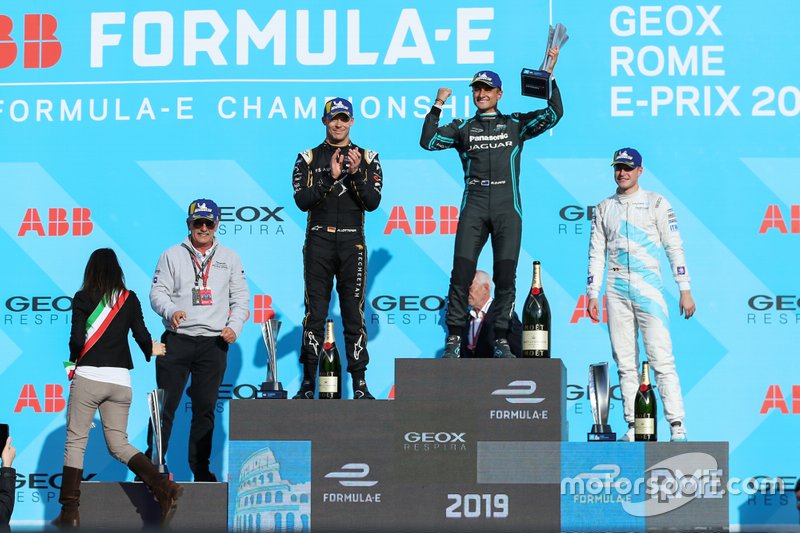