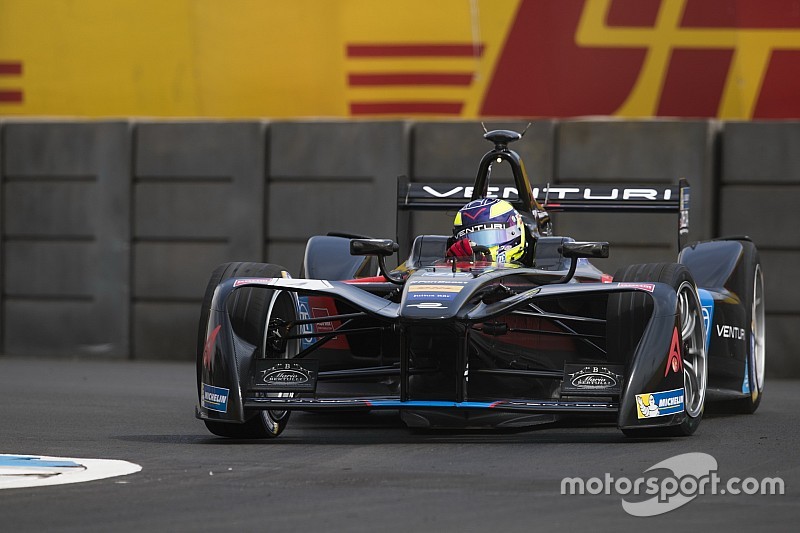 Tom Dillmann has been named as Maro Engel's replacement for the Paris ePrix, as the Frenchman is set to contest his maiden Formula E weekend on home soil.

Engel will miss the event because of clashes with the Lausitzring DTM race on the same weekend.

Reigning Formula V8 3.5 champion Dillmann tested for Venturi during the Friday shakedown test at Mexico City ePrix last month as cover for Stephane Sarrazin, who will be Dillmann's teammate in Paris.

"This is a great opportunity and after I was in contact with Venturi the first step was getting some running at Mexico although it was very short," Dillmann told Motorsport.com.

"But really in Mexico I learnt more from seeing how things operate in the race and how a race is run, this was really useful to experience."

Dillmann, who is working on being a full-time driver for the 2017-18 season, is known to have had initial talks with Venturi about a possible permanent role with the team.

"It will be nice to race on the streets of my capital city of course," continued Dillmann. "It will be tough as most of the drivers have two full seasons racing.

"I will respect this but for me the aim is to do a good job for the team but also to look towards season four because I want to race full-time in the championship then."

Dillmann is set to test for Venturi before the Paris race as the Monegasque team will utilise one of its allowed filming days which is limited to just 50km.

Motorsport.com understands that Venturi was initially close to running GP2 driver Nyck de Vries in Paris before choosing Dillmann for the one-off appearance.

The Dutch driver has extensive mileage in a Formula E car after being used by Spark Technologies as a test driver in 2014 and 2015.

De Vries, who is contracted to McLaren, a technical development partner to Venturi, is thought likely to be one of the drivers that will develop the new generation of Formula E car from this autumn onwards.

The new for 2018 package includes a McLaren Applied Technologies supplied battery which is designed to allow a full race distance for the Spark/Dallara designed and built car.

Motorsport.com uncovered some details of the new battery and plans for the new generation car earlier this month.