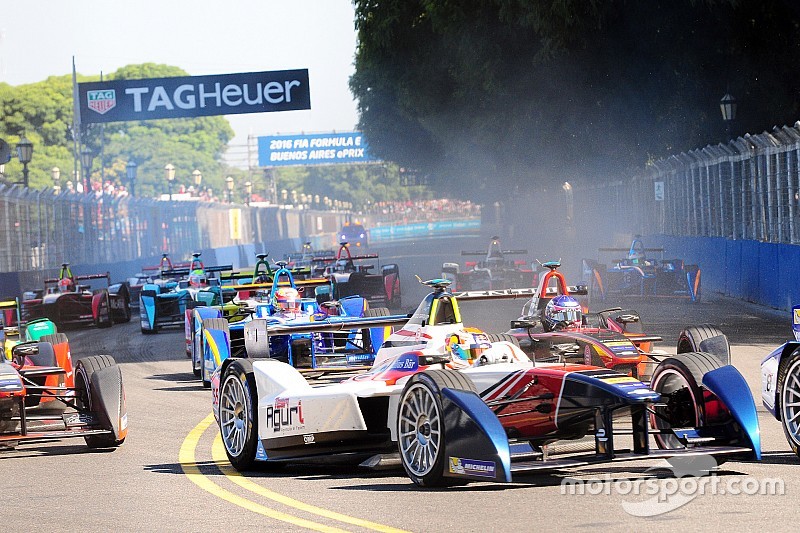 Antonio Felix da Costa feels he could have scored a second Buenos Aires Formula E win had it not been for a software problem that ended his bid.

The Team Aguri driver was in second place at the time of his retirement, and insists that he was going for a win that would have emulated his 2015 success at the Puerto Madero circuit.

“It is hard to follow the new powertrain cars as they are more efficient but, you know, today I really thought I could get Sam [Bird], I really did,” Felix da Costa said after the race.

“He had a slow pit stop so who knows what could have happened. I tell you, I really thought we could go for the win today, it felt really good and it would have been tight at the end between us.”

Da Costa is believed to have suffered a similar problem to one which afflicted his Putrajaya race last November, when he also had to stop while running second.

“I had no pre-warning about the problem which occurred on my in-lap to the pits,” he confirmed.

“We had the same issue in Malaysia when we were running second so it is really painful. I tried 10 times to reset the whole system, the master switch was on and off but it just would not restart today.

“A message came up [on the steering wheel] and an alarm is displayed and the next time I press the brakes there is no power, so it is some kind of software/ECU issue.

"It is just very unfortunate, especially when I was going to pit in half a lap.”

Team Aguri suffered a double retirement as Felix da Costa's teammate Salvador Duran was forced to stop with a damaged car after contact on the first lap with Dragon Racing's Jerome d’Ambrosio.

Duran however would have been unable to continue the race anyway as his team ran out of time to ready his second car, which had been damaged in an earlier qualifying accident.