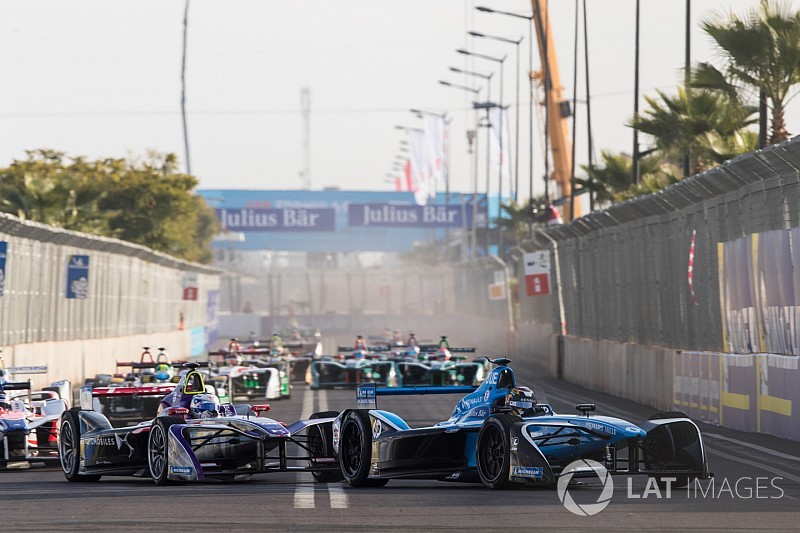 The Formula E grid is set to expand to 11 teams next season, before Porsche and Mercedes join in 2019.

Factory entries from the two German giants are already confirmed for the 2019/20 season, but Motorsport.com has learned the grid is to be taken beyond 10 entries sooner by an independent team.

Series CEO Alejandro Agag confirmed to Motorsport.com it was possible for the grid to grow before Porsche and Mercedes join, saying: “I don’t think it will be 12, but it might be 11 [next season]."

Mercedes’ specialist HWA has been linked to FE ever since the Silver Arrows signed its first option to join the electric single-seater category.

It has now been tipped to cement a deal to use Venturi powertrains in the 2018/19 campaign, a logical move given its current engineering tie-up with the team.

Any new FE entry had an initial deadline of Monday (January 15) to register its intent to use a customer powertrain for next season.

The FIA will assess the entries before releasing a final list of teams later this year.

FE is not allowed more than 24 cars on the grid, which means if it grows to 11 teams next season one would need to disappear to then make room for Mercedes and Porsche.

HWA had been expected to join next season to learn the category ahead of Mercedes’ entry, and its absorption by the marque would easily take care of the numbers problem.

However, some sources have indicated Mercedes way wish to operate an FE team itself instead.

This would raise the prospect of HWA competing in the category separately to Mercedes, given it will need a new racing focus after 2018 as its main programme is operating the six Mercedes-AMG C63s in the DTM.

Venturi is known to be considering aligning with another company long-term to boost its prospects against big-name, well-financed opposition, so collaborating again in the future would suit both parties.

Monegasque manufacturer Venturi will be one of nine powertrain constructors next season, seven of which operate race teams and two that are to make an independent their works operation.

Audi, Jaguar, Mahindra, NIO, Dragon, Nissan (which will take over Renault’s homologation) and Venturi will field their own teams.

BMW’s powertrain will be used by Andretti, while DS is poised to make Techeetah its manufacturer team in place of Virgin Racing, which has not ruled out continuing as a customer.

Virgin is understood to have agreed a powertrain supply deal with an unknown manufacturer ahead of Monday's deadline.