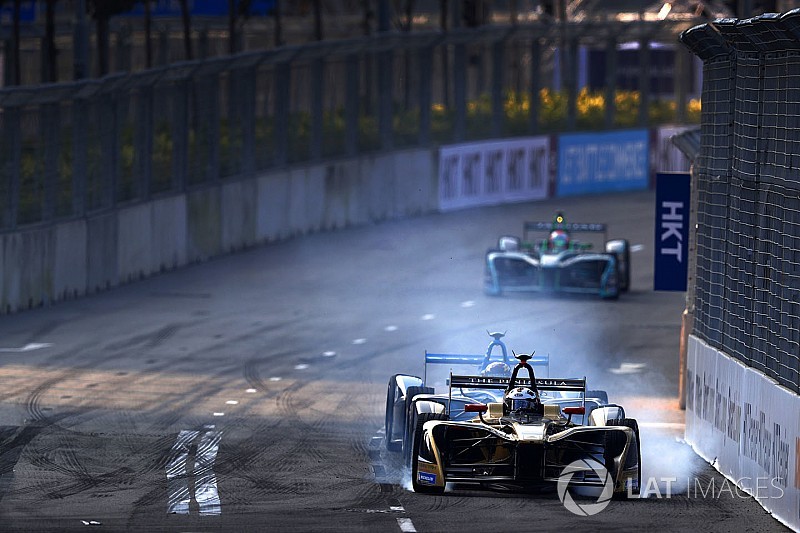 Three-time Le Mans 24 Hours winner Andre Lotterer has declared Formula E “the most challenging thing I have ever done” after a point-less debut.

Techeetah driver Lotterer came into trouble on the first lap of Saturday’s season opener, steering his car wide to avoid the Jaguar of Nelson Piquet Jr and getting stuck against the wall on the exit of the Turn 3/4 chicane.

He blocked the track and triggered a four-car traffic jam, which in turn caused the series’ first-ever red flag during a race.

Lotterer then picked up a five-second time penalty when his Techeetah team failed to remove a cooling device in time before the restart.

His first race finally ended in disqualification because he left the car in an “unsafe” mode in parc ferme, while in Sunday’s sequel he finished 13th despite running wide and slamming heavily into the wall on the exit of the final corner.

Lotterer believed the circumstances meant his weekend “looked harder than it was”, but he admitted it was a tough baptism.

“It’s quite difficult, it’s the most challenging thing I have done because there’s nothing like it,” he told Motorsport.com.

“When you do different racing categories on completely different cars but still on permanent race tracks it’s very close.

“This is completely different, there’s no margin for error, it’s very tricky to master the cars. It’s quite interesting.”

Lotterer said the opening-lap incident in race one was a result of being in “the wrong place at the wrong time”.

He added that radio communication problems, something that plagued several teams due to the high quantity of skyscrapers surrounding the circuit, contributed to him being “a bit lost” on energy management.

While teammate Jean-Eric Vergne scored a second and a fourth to end the weekend second in the championship, Lotterer is one of five drivers who failed to score.

However, he took encouragement from battling 2015/16 series champion Sebastien Buemi in the midfield in race two, even though he lost ground when the Renault e.dams driver passed him at Turn 1.

“It was a shame he passed me because I think we had better pace than them,” Lotterer said.

“In terms of race pace I think we were pretty good, the team told me I was on target all of the time, mostly.

“We need to see how we can improve performance. I need to qualify much better, that is obviously going to make my life easier.”