Frijns: "I thought my weekend was over" 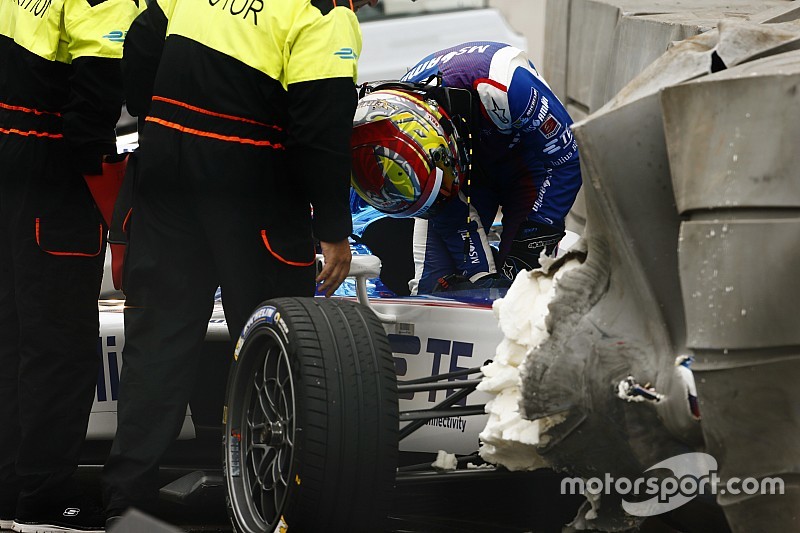 Andretti’s Robin Frijns went from thinking his weekend had hit disaster to racing through the field and finishing in the top six within just a few hours at Hong Kong on Sunday.

The Dutch driver, who starts his second year with the BMW-affiliated team this season, drove from the very back of the grid to follow home teammate Antonio Felix da Costa to claim a solid points haul for the American team.

“It was a big swing of feelings because I was super disappointed in qualifying,” Frijns told Motorsport.com after the race.

“We already had an issue with a sensor before the lap started for me and then trying to make up for it I crashed. It was completely my fault and it was a big one. The tub was done and I thought my weekend was over.

“The team built up an entire new car in two hours which is really impressive and I jumped in for the first time for the first lap of the race,” he continued. “It felt just as good as the other one and I have to give the team big thanks, they were heroes.”

Starting from the back in a completely new chassis after his qualifying incident, Frijns rewarded the herculean work of the Andretti team by driving a superb race in which he went from 20th to sixth in the 45-lap race.

“I stayed out the longest because, to be honest, I was saving energy from the very start; I was actually coasting down to the first corner at the start! It was good to have a gap as some people were going crazy with carnage everywhere and di Grassi going like a lunatic on the first lap.

“I knew I needed to get things done with the second car and I did, it was good fun to overtake some of the other guys. "

After a difficult start to season two which saw several issues stymie the teams progress in the public tests last month, Frijns believes that the Andretti team will be a real force on occasions this season.

“We had issues at Donington but they are improving,” he said. “We are actually now second in the [teams'] championship which is cool.

"We have a different technical set-up to the others, so I am sure this year sometimes we will be up front and sometimes we may struggle. But to start with the points we got here is a good start and a solid team performance.”

Di Grassi on turnaround: "We never gave up"