Envision Virgin Racing's Robin Frijns says his prior run of bad luck in Formula E played on his mind during his drive to victory in the New York finale.

Frijns had endured a run of four ABB FIA FE races without scoring a point following his Paris victory in April. He followed his Paris win with retirement in Monaco following a clash with Alexander Sims and a subsequent grid penalty contributed to a 13th place finish in Berlin.

The Audi DTM driver was then taken out in Bern in a collision with Jerome D'Ambrosio and technical problems forced him into retirement in the New York opener.

Frijns secured second on the grid for the New York finale and recovered from a poor start that put him behind Sebastien Buemi to take victory, after two decisive passes on the Nissan e.dams driver and BMW Andretti's Alexander Sims.

Asked by Motorsport.com if his form had played on his mind during the race, Frijns said: “Yes, definitely. I was asking the team if I was ticking all the boxes - ‘Is this OK? Is that OK?’ - and I was making sure that everything was going well.

“We definitely had a very strong package and it was clearly visible when I took the lead, as I was driving away. I was under-consuming [energy] and taking care of the temperatures as well.

Frijns added that his run of difficult form – including retiring in the opening DTM race at the Norisring due to a plastic bag getting stuck on his brakes – had not affected his mental state.

“Well, luckily, I don’t really have a mental state [to manage],” quipped Frijns. “I wouldn’t say I don’t care, of course I care, and when the car breaks down you are pissed off about it. But, you’re still working hard for the team and my teammate [Sam Bird] to get the maximum out of it.

“Every race is a new start for all of us. If you score zero points in one race, there’s another day and you can take 25 points. It’s been tough for the team because OK, the car was breaking down, but it was never a fault of their own.” 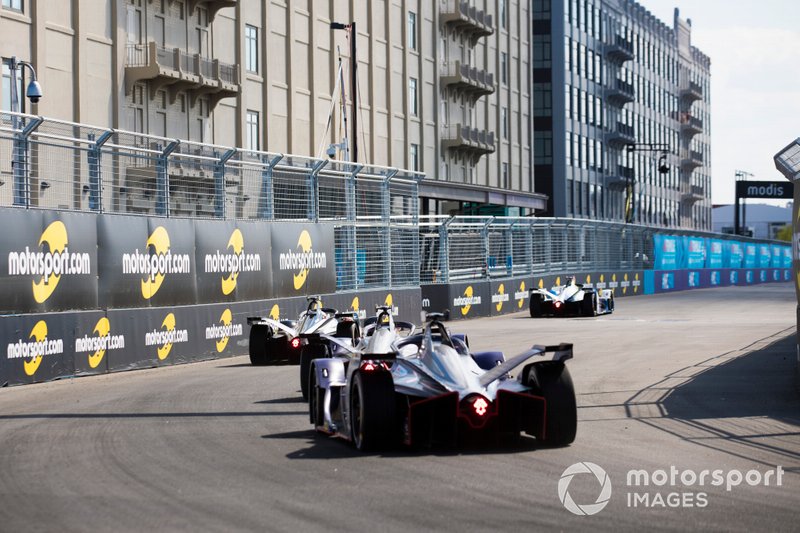