Subscribe
Previous / "No decision" on Lotterer's future between Porsche Formula E and LMDh Next / Mortara: Formula E gap between Mexico and Rome "like off-season"
Formula E / Rome ePrix I News

Dragon Penske Autosport's Antonio Giovinazzi says his first home Formula E race will bring "positive pressure", expecting the Rome circuit to be one of the most challenging on the calendar.

Giovinazzi has endured a tough start to life in Formula E, having struggled to adapt from his former Alfa Romeo Formula 1 role to the demands of the all-electric racing series.

The Italian has been unable to trouble the scorers so far, with Dragon yet to get a point on the board, but has shown steady signs of improvement having initially battled with the change in braking characteristics from F1.

Although he felt that his home race would be like any other, Giovinazzi conceded that the presence of the Italian fans brings "positive pressure" to perform as he continues in search of a maiden point.

"It will be just a normal race, for sure with just more pressure, but positive pressure because you want to do well." Giovinazzi explained.

"But yes, it will be difficult, because for two months we didn't race; I didn't do any tests - we were just on the sim.

"So it will not be an easy one, but we'll see how it goes. I'm just looking forward to try the track to be honest!" 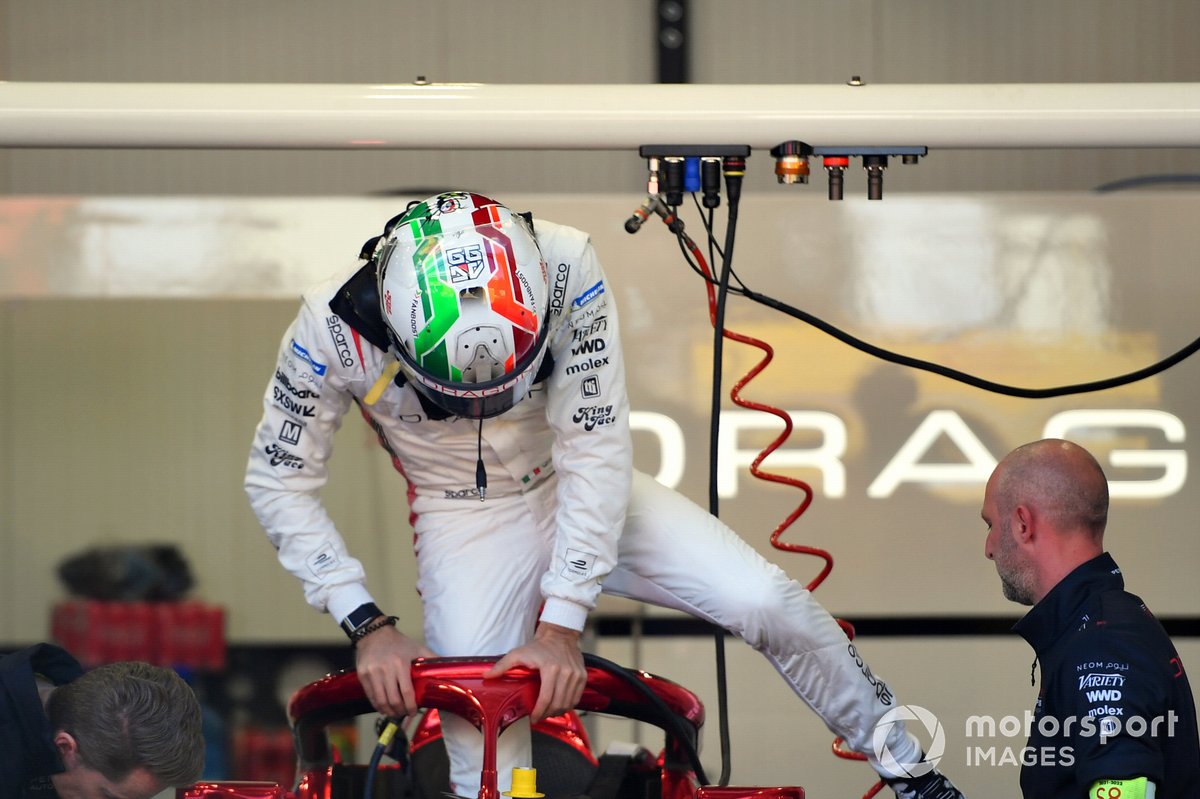 Giovinazzi added that his experience of the Circuito Cittadino dell'EUR venue on the simulator suggested that it would be one of the more difficult circuits to master, blending fast sections with a number of tight corners.

Having spoken to other drivers about what to expect, Giovinazzi added that it was a favourite among his competitors.

He explained that he had been "doing a lot of laps" on the simulator to get further up to speed, around his Ferrari F1 reserve role.

"It's really difficult and talking with other drivers, they say it is the most difficult one of the season, I would say," Giovinazzi told Motorsport.com.

"But you know, it's also a nice one, and it's one of the favourites for all the drivers. It's really fast, really narrow in some parts of the track.

"It's been a busy two months, with a lot of appointments, but a lot of laps in the sim as well.

"It's still a simulator so is not really similar to reality, so the best way [to get up to speed] is to approach the track tomorrow and doing a lot of laps, learn from those laps you know, and try to improve session after session."

"No decision" on Lotterer's future between Porsche Formula E and LMDh

Mortara: Formula E gap between Mexico and Rome "like off-season"