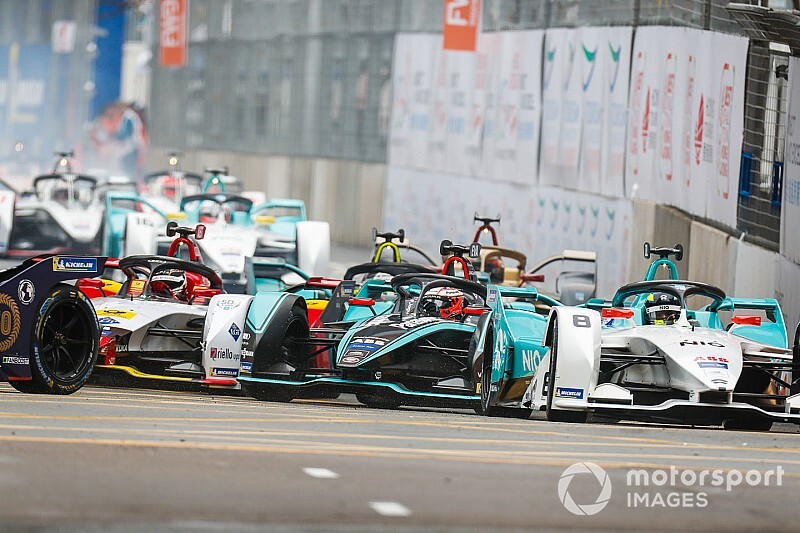 Hong Kong has dropped off the final 2019/20 Formula E calendar, which features 12 cities holding 14 races – a record for the electric-powered single-seater championship.

The new calendar, which was confirmed at the FIA's World Motorsport Council Meeting in Cologne on Friday, no longer has the TBC slot on December 14 that clashed with the Bahrain round of the FIA World Endurance championship.

The remaining TBC slot – on March 21 2020 – from the original 2019/20 calendar that was issued in June has been assigned to Sanya, as previously reported by Motorsport.com.

But the date of the race has not been moved as had been indicated, which means it will still clash with the Sebring round of the 2019/20 WEC.

The decision to leave Hong Kong off the final calendar follows the civil unrest and protests that have gripped the city in recent months. The race in the Special Administrative region of China will be replaced by Marrakesh, which will therefore host a fourth FE event since the 2016/17 season after being left off the initial 2019/20 calendar. The Moroccan city will host the race on February 29 - the day before Hong Kong's event had been due to run.

Motorsport.com understands that Hong Kong's absence is planned for one year only and comes after discussions between the series and city officials meant smooth running of the event – particularly concerning track construction – could not be guaranteed.

An FE spokesperson told Motorsport.com: “After careful consideration and following conversations with key stakeholders, Formula E and event organisers have mutually agreed to not race in Hong Kong in season six. All parties, including the HKSAR government, remain committed to continuing racing in Hong Kong in future, while ensuring the operational excellence of our events.”

Marrakesh's return to the calendar remained a possibility following the initial 2019/20 schedule announcement as FE favours the Moulay El Hassan street circuit as a back-up option, which it has now brought into effect.

The WMSC also officially confirmed Jarkata's inaugural FE race will take place on June 6 2020, which results in further revisions to the schedule. Jakarta will follow Seoul on May 3 2020, with the subsequent Berlin round shifting back from May 30 to June 21, and the New York race moving from June 20 to July 11.

This means the Berlin race will no longer clash with the previously unassigned DTM round – revealed on Thursday to be the Igora Drive circuit in Russia – but the New York event will now be on the same weekend as the Norisring races in the German touring car series.

Audi DTM drivers Robin Frijns and Nico Muller will be impacted by the New York clash. It is understood that Frijns will prioritise FE as he has a separate contract to race with Envision Virgin Racing to the one with Audi concerning his Abt DTM drive, while newly-signed Dragon FE driver Muller is set to race in the DTM that weekend.

The 2019/20 season will get underway with two races at the Diriyah track on the outskirts of Riyadh as previously announced on November 22-23.

Santiago is now the third race of the season on January 18, 2020, with the event in Mexico City on February 15 occurring before the return to Marrakesh. After Sanya, FE will visit Rome and Paris for their unchanged slots on April 4 and 18. The season will conclude as scheduled with a double-header in London on July 25-26.

The 2019/20 FE season's 14-race duration is one more than the previous record of 13, which took place in the last campaign. The Santiago, Mexico City, Seoul, Jakarta and London races remain subject to FIA circuit homologation.

“The 2019/20 ABB FIA Formula E Championship looks like it will be the closest and most competitive season we’ve ever had in our short history - in terms of manufacturers competing, thanks to Mercedes-Benz and Porsche joining the line-up, and with the amount of incredible capital cities set to showcase the most competitive line-up in motorsport," said Alberto Longo, FE's co-founder and chief championship officer.

"We’re proud to be taking our message of racing for a cleaner future, faster, to five continents around the world and look forward to more fans and families enjoying all we have to offer at our events."