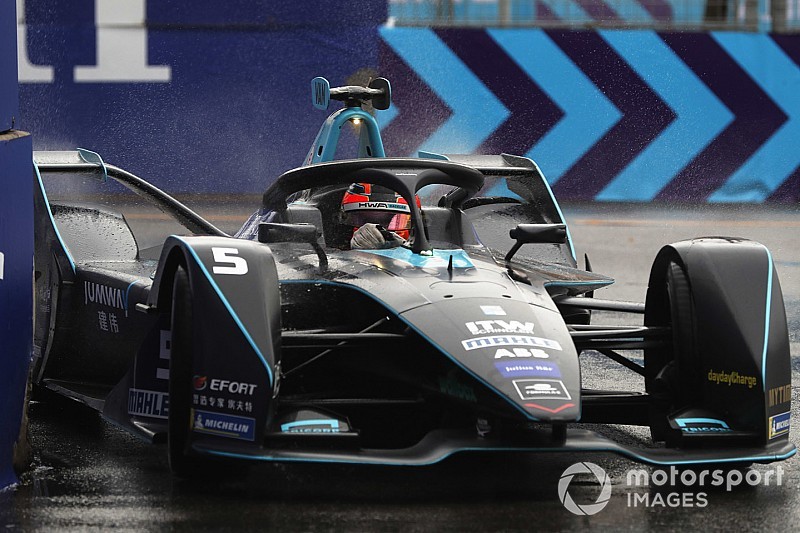 The former McLaren Formula 1 driver was the last runner in superpole as both he and HWA teammate Gary Paffett made the top six cut-off.

Oliver Rowland had placed his Nissan e.dams car on provisional pole with a 1m11.903s lap and had looked set to hold onto the position when Vandoorne went slightly deep into the Turn 1 hairpin.

But Vandoorne recovered with a stunning final sector to seal pole by 0.323s.

That meant Rowland held onto second place ahead of Edoardo Mortara.

But Mortara will not keep his third place start after he was hit with a three-place grid drop for speeding under a red flag.

That red flag was caused by Jean-Eric Vergne in a torrid qualifying session for the reigning champion.

Vergne lost control of the rear of his DS Techeetah car at the end of his fast lap in group two and collided with the wall just after he set a time good enough for fourth.

He was subsequently penalised for causing the red flag and his best times were deleted, demoting him into 18th place.

Vergne's teammate Andre Lotterer will now start the race in third ahead of HWA's Gary Paffett.

Both Lucas di Grassi and Sam Bird impressed to qualify fifth and seventh despite having the first-on-the-road disadvantage from running in group one.

Sebastien Buemi was just over three tenths slower than his Nissan teammate, but could only qualify eighth behind Bird.

Venturi's Felipe Massa was ninth after running wide at Turn 1 but it proved enough to hold off practice pacesetter Robin Frijns in 10th.

NIO's Tom Dillmann and Dragon Racing duo Felipe Nasr and Jose Maria Lopez had the advantage of being in group four, but failed to make an impression on the leading times.

At the other end of the scale, the group one disadvantage caught out BMW Andretti's Antonio Felix da Costa and the Mahindra Racing pairing of Pascal Wehrlein and Jerome d'Ambrosio.

The trio qualified in the last three spots on the grid, with da Costa heading Wehrlein and championship leader d'Ambrosio.