How the City of Light illuminated Formula E's progress 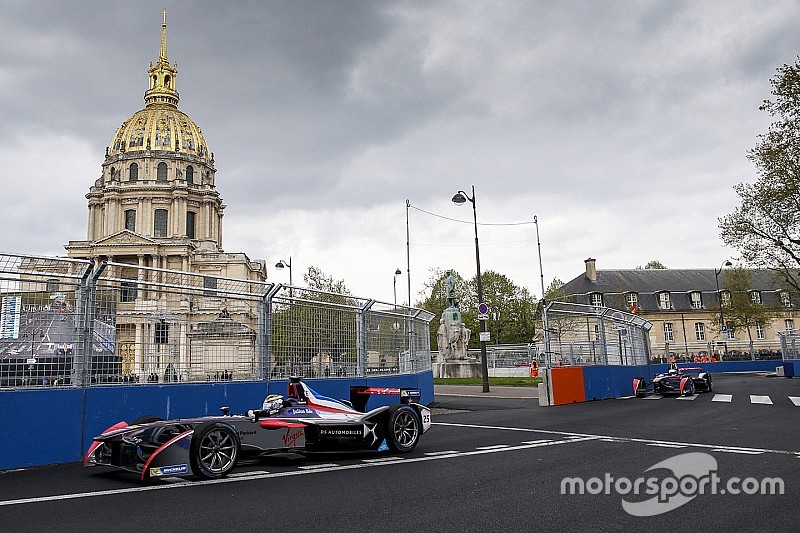 Even in the often ‘pinch yourself’ world of Formula E, last weekend’s inaugural Paris ePrix bordered on the surreal, writes Sam Smith.

Walking from the grand media centre last Thursday evening, down the historic Hotel des Invalides, the complex of evocative buildings in the 7th arrondissement of Paris, you couldn't help but feel a sense of wonder that Alejandro Agag, his team and the FIA had pulled it off.

We were actually going racing in one of the world's most beautiful and architecturally magnificent capital cities.

Whether it was the imposing edifice of the Eiffel Tower or driving past the tomb of Napoleon, you felt a certain amount of awe at every turn. Much of the infrastructure had been brought down the Seine in the weeks before the big event and this only added to the romance of racing in Paris, in the spring.

Mind you, such were the cold conditions that the usual dry ice used to cool the thermal temperatures of the car was rather redundant last weekend.

The fact remained though that it could and would not have taken place with anything other than electric technology whirring, educating and entertaining on the streets of Paris.

The public barely tolerated a Toro Rosso demonstration by Sebastien Bourdais back in 2008. Now they had clean and efficient cars on their streets, and the vast majority loved it.

"The support was tremendous and for me this first event in Paris was a huge success," Lucas di Grassi told Motorsport.com after the race.

"It is a good template to have for the championship and for that you have to firstly thank the people of Paris, and then you also have to give big applause to the FIA and also Alejandro [Agag] and his team at Formula E, because it was a magnificent experience."

Right in di Grassi's slipstream at the end of the race was local ace Jean-Eric Vergne. The DS Virgin driver grew up in the north of the city in Pontoise, and knows almost every avenue and street of the Les Invalides district.

"It was amazing seeing what had been achieved when I came here earlier in the week, before the race," said Vergne.

"I'm extremely proud to be a Parisian today. It's easy to forget the recent difficult times in France and Brussels. It's something incredible to show the strength of the city."

As di Grassi flicked his ABT Schaeffler Audi Sport car around Napoleon's tomb one last time on Saturday afternoon it seemed somehow suitable that Formula E's great commander had won another battle, and perhaps had laid claim to banishing the memory of season one, staking his claim to winning the season two war.

Monsieur Bonaparte would have tucked his famous right hand in to his military tunic in tribute to another faultless performance from the Brazilian.

Analysis: Why Di Grassi is the key to the Formula E driver market