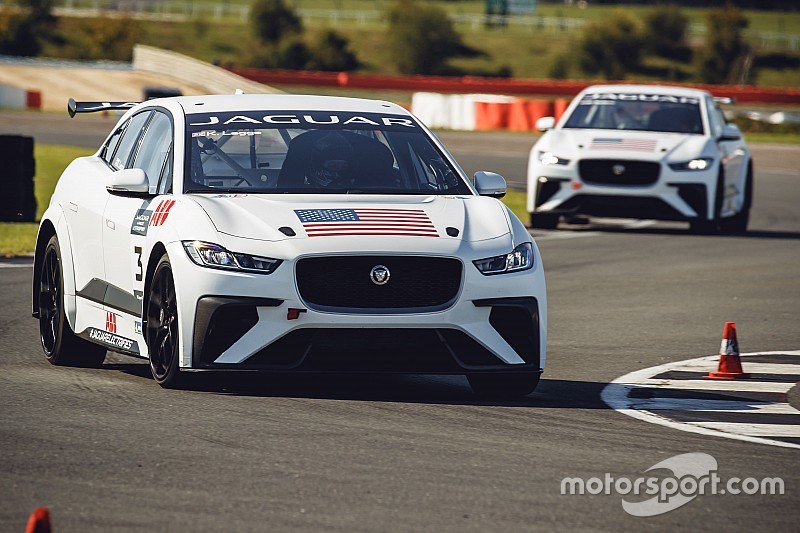 The inaugural Jaguar I-PACE eTrophy race will take place with an 11-car grid after Alice Powell was confirmed as the VIP driver for the championship’s opening round.

The first season of the ABB FIA Formula E support series begins with the first of 10 rounds at the Ad Diriyah E-Prix this weekend.

Jaguar will enter a car at each race reserved for “famous faces from the world of motorsport and beyond”, according to the manufacturer, with Powell handed the first one-off drive.

Saudi Racing, which is backed by the organisers of the Ad Diriyah E-Prix, will field Ahmed Bin Khanen and Bandar Alesayi.

“We are immensely proud to reach this historic moment,” said Gerd Mauser, chairman of Jaguar Racing.

“We had an idea that we could bring electric production car racing to city streets, and showcase the power and capability of the award-winning Jaguar I-PACE.

“This weekend that will become a reality.

“We have built this championship from scratch, attracting drivers, teams and sponsors from all over the world, and this is just the beginning.”

FE CEO and founder Alejandro Agag added: “Congratulations and good luck to Jaguar Racing this weekend as they embark on a historic first for motorsport and electrification.

“We are proud to have them on the grid in Formula E and now with a spectacular support series with the Jaguar I-PACE eTrophy.

“This gives our fans an exciting addition to our one-day race format and I can’t wait to watch the action and see the first winner.”