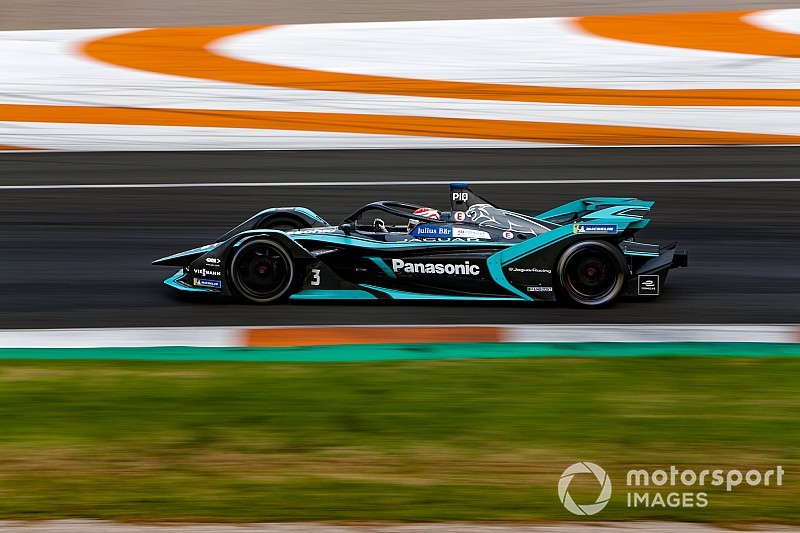 Fittipaldi spent much of the first half of 2018 on the sidelines after breaking his legs in an accident during FIA World Endurance Championship qualifying at Spa while driving for the DragonSpeed LMP1 squad, but returned to racing in late July and contested the final five IndyCar rounds, scoring a best finish of ninth.

The 22-year-old has since become the Haas Formula 1 team's test driver for the 2019 season.

Fittipaldi also drove for Jaguar at last year's Marrakesh rookie test, but his appearance in the January 13 test will mark the first time he has driven its I-Type 3 Gen2 car.

"I am excited to drive the Gen2 Formula E car, which will be a big step up with more power and more grip," said Fittipaldi.

"I am looking forward to seeing how it feels on track. I've heard many good things about the Jaguar I-Type 3.

"I am there to help the team develop the car as much as we can throughout the test day - so I am looking forward to it."

Ford WEC GTE Pro regular Tincknell was one of four drivers Jaguar evaluated when it first joined FE, before it ultimately settled on Mitch Evans and Adam Carroll for the 2016/17 season.

Tincknell most recently served as NIO's simulator development driver, having driven for the squad in the Marrakesh rookie test last year.

"Jaguar gave me my first laps in a Formula E car and I'm very grateful to be testing the new Gen2 car with them," said Tincknell.

"It is a great opportunity for me and I hope to use my previous Formula E experience to do the best job possible.

"With in-season testing being limited, I really want to maximise the day for the team and contribute to the development of the Jaguar I-Type 3 after its strong double points finish to start season five with Mitch and Nelson."