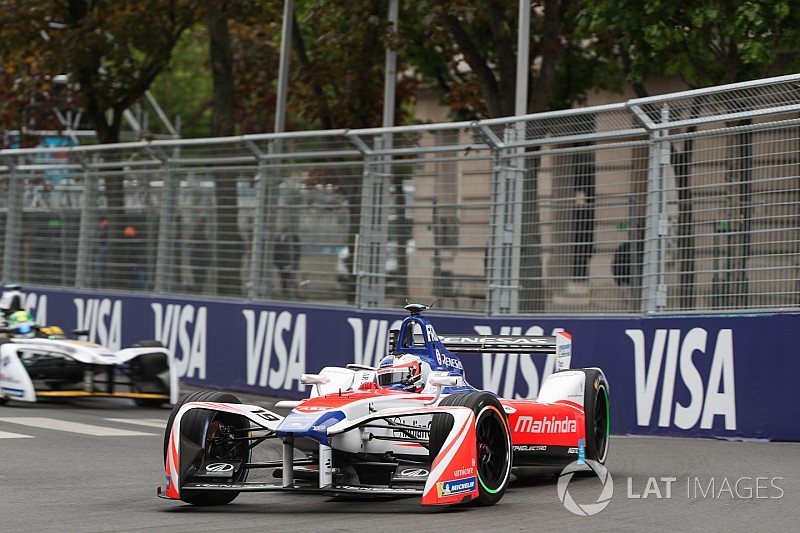 Felix Rosenqvist believes Mahindra’s average showing in Formula E’s Paris round was purely down to circuit’s characteristics rather than an inherent lack of pace in the M4 Electro.

After three poles in first seven races, Rosenqvist qualified a lowly 11th in France, just ahead of his teammate Nick Heidfeld.

Although he did manage to move up the pack, he could muster only an eighth place finish - his worst result, excluding DNFs, since the Hong Kong opener, where he was adjudged a post-race time penalty.

“Tough day today, starting with the crash in practice. It didn’t cost us much, but I got over it. I just lacked confidence in this car on this track all day,” he said.

“We had the pace over one lap, but it was a little bit on the edge. It felt a little like no man’s land today, and we couldn’t do much more. I feel it’s track related.

“It's particularly hard to overtake at this track, so I think P8 was pretty much what we could hope for given the circumstances.

Rosenqvist is confident of bouncing back at the next round in Berlin, the venue of his maiden Formula E win last season.

“I’m sure we won’t have this problem at the next circuit, but it’s something we need to investigate,” he said.

“We're not satisfied and we know that we've got much more potential than this. We will bounce back."

Rosenqvist continues to hold third position in the drivers standings, but has now slipped 86 behind championship leader and Paris winner Jean-Eric Vergne.

With only seven points in the last two races, Mahindra has now dropped to fourth in the teams’ standings, losing one spot to Audi.

The Indian manufacturer led the championship after winning two races at the start of the season, but hasn’t scored a podium since January’s Marrakesh race.