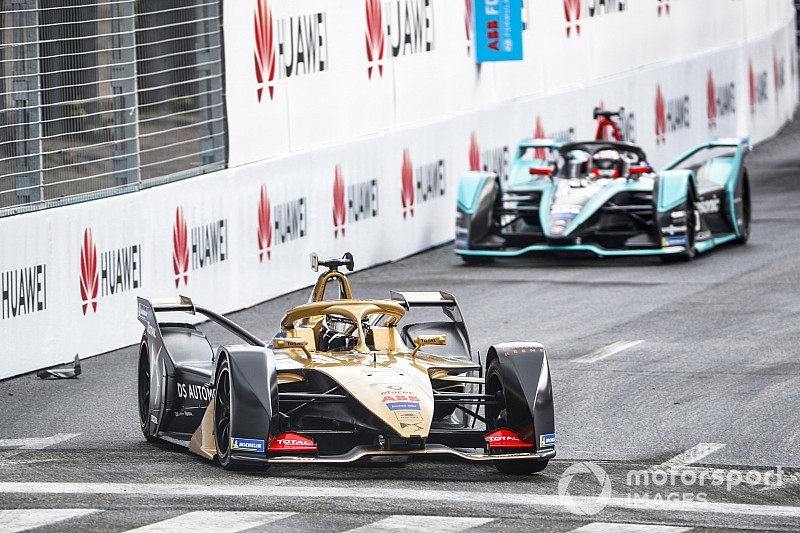 Lotterer led from pole for the first half of the race before Evans's slight energy advantage and greater pace allowed him to cut around the outside of the Techeetah machine at Turn 10 and take the inside line at the Turn 11/12 chicane.

Evans squeezed by, making slight contact with his rival, and Lotterer had to lift off to avoid hitting the wall.

The move was one of the first incidents for the FIA to evaluate since outlining a revised approach to excessive contact in FE during the 2018/19 season.

Both drivers received a warning for the incident, but Lotterer says Evans's move was fair.

Lotterer said: "I think it [the overtake] was in that moment where I started to struggle with the tyres and couldn’t get right on the power and he [Evans] was nailing that a bit better.

"He put me in a difficult position and did the job in crossing me over [at Turn 10].

"I tried to hold onto it but obviously, he had the nose in it and at that corner, I was trying not to hit the wall. He left me space so I think it was good racing."

Lotterer also explained why he believed he was vulnerable to Evans in the race.

"I'm not sure I was on the right setting at the beginning because I think that’s why he had a little more energy," said Lotterer.

"The car was great all day. It was the only thing to put me into difficulties.

Race winner Evans described his overtake as being close to the limit.

"Once the energy information became visible, I thought it was surprising [to have an advantage] and I needed to use it to get close and attack," he said.

"Obviously, it was on the edge but it could be done."

More from the Rome E-Prix: