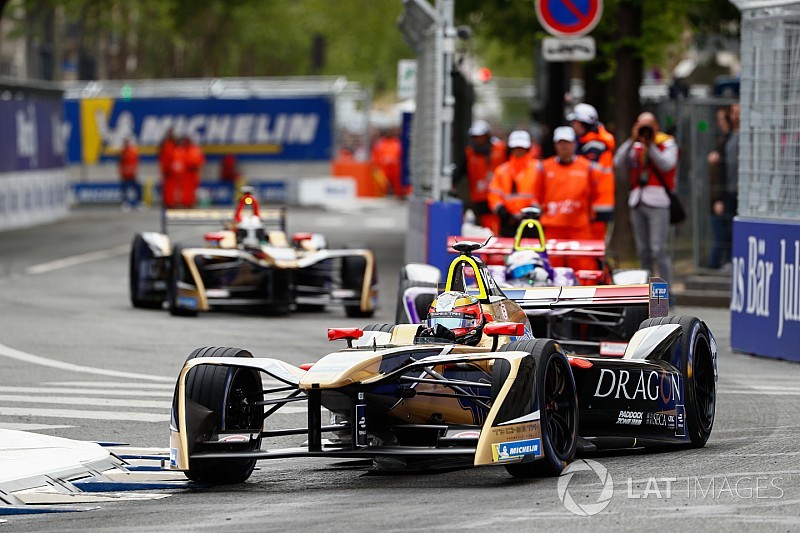 Andre Lotterer says he will support his Techeetah teammate Jean-Eric Vergne’s 2017/18 Formula E title bid if he is in a position to do so over the remaining four races.

Lotterer, who is ninth in the drivers’ standings 106 adrift of the top spot, spent the first half of the last race in Paris challenging the points leading duo of Vergne and Sam Bird, before ultimately ending up sixth after a dramatic late shunt that followed his second car running out of energy.

The triple Le Mans winner was fighting for what would have been a third FE podium after his third place in Rome and second place behind Vergne in Santiago – where he made contact with his teammate as they fought for the win.

“If I can help, I’ll help,” Lotterer told Motorsport.com

“JEV has been a great teammate to help me get up to speed anyhow – we play this card for the team [and] everything in a reasonable [way].

“It’s not like I’m going to crash into someone for him, but if I can do something to help – I’ll do it.

“But it’s good that I’m up to speed now [and] I can be at the front and to play with everyone.”

Lotterer’s performance in Paris was the first time he had challenged for an FE podium at a venue the electric championship has previously visited.

The 36-year-old FE rookie, who will race in front of his home crowd at this weekend’s event in Berlin, was encouraged by his pace last time out.

“I guess we can say it’s good – but the end result is P6, if you are really realistic,” he said.

“We could see that there’s potential to do a lot better and I was really happy with the pace in the race and it was great.

“The car felt great – I feel good in qualifying.

"The team is fantastic – the engineers we have, all the work we do in the sim [where] we work really hard with many hours. We prepare and simulate everything in the best way for me to be ready.

“[Paris] was a new track to learn but I worked hard and I try to cover all things I can learn before I come to a track.”

>>>> Find out how you can follow the 2018 Berlin E-Prix here [http://www.fiaformulae.com/en/championship/tv-schedule/]

Massa will "definitely find it a challenge" in FE - Turvey