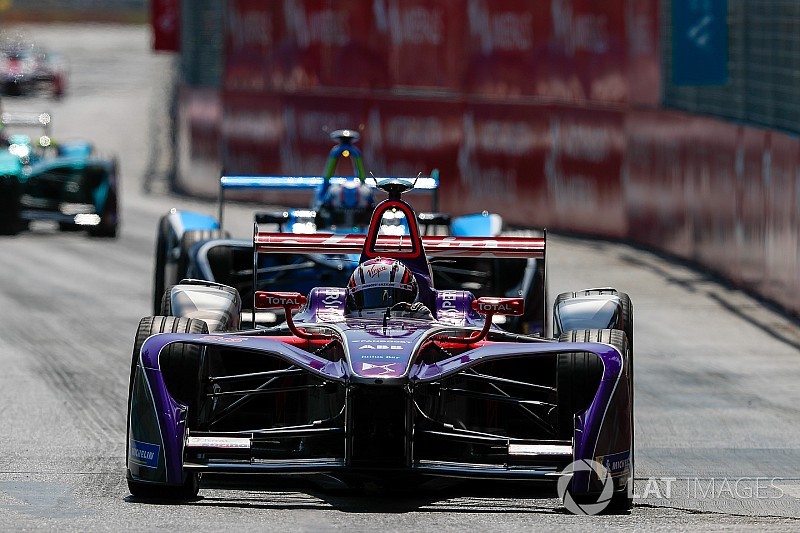 DS Virgin Formula E driver Alex Lynn is to take a 10-place grid penalty for the upcoming Mexico City ePrix after his retirement in the preceding round in Chile.

The Briton exited the Santiago race with a gearbox failure while running seventh, a place behind championship-contending teammate Sam Bird.

As he will require a replacement gearbox, he will thus lose 10 places on the grid for the Autodromo Hermanos Rodriguez race.

“I do head off to Mexico with a bit of a setback,” Lynn confirmed in a column for DS Virgin.

“Because of my gearbox failure last time out in the Chilean capital of Santiago, obviously I need a new gearbox and that means I have a 10-place grid penalty.

“The plan has to be to do something different. We have to be bold with our choices on strategy, and hopefully that will pay off.”

On pole in his Formula E debut in New York last year, Lynn replaced Jose Maria Lopez as a full-time DS Virgin driver for the 2017/18 season.

Before his Santiago retirement, he had scored points in the three first races of the campaign – but only sits 14th overall in the standings.

Five other drivers, including Lynn's teammate Bird, have already picked up grid drops in the preceding races of the season - and reigning champion Lucas di Grassi will join Lynn in serving a 10-place penalty in Mexico.