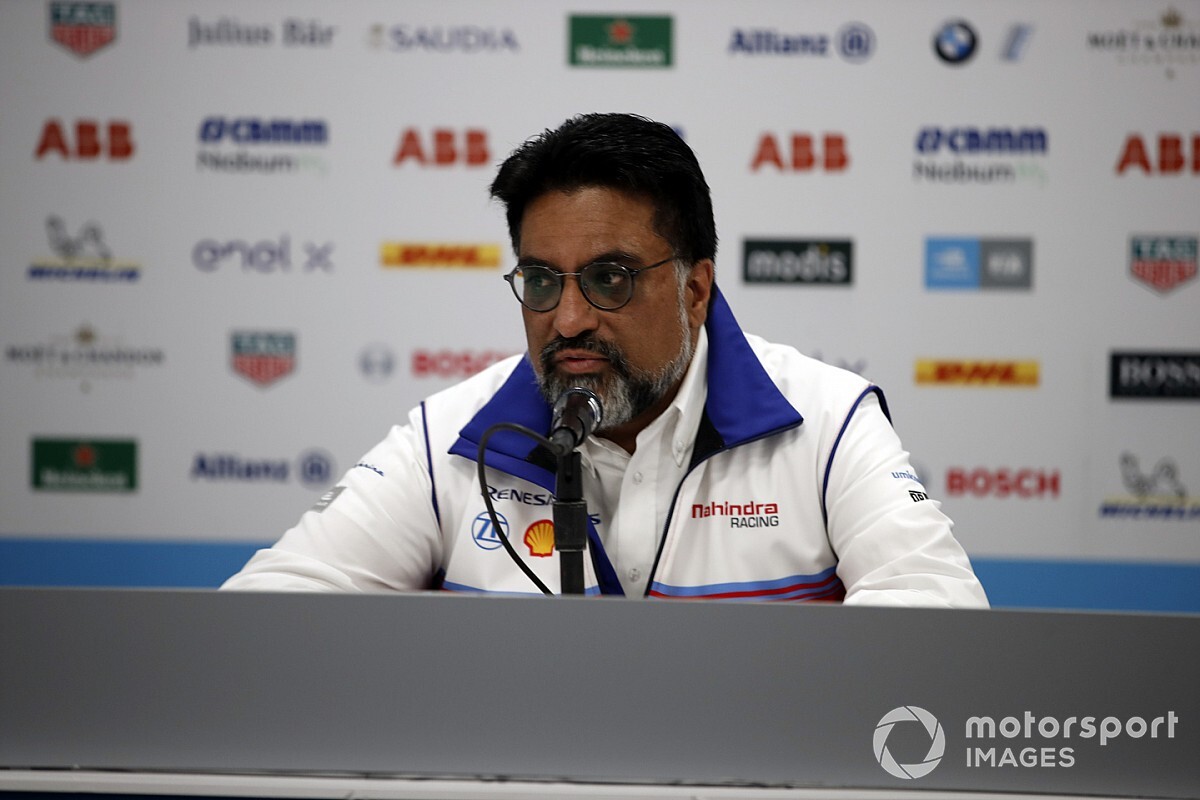 Mahindra Racing CEO and team principal Dilbagh Gill has tested positive for COVID-19 and is set to miss all six races of the 2019-20 Formula E season finale.

All drivers and team staff attending the Tempelhof Airport venue have had to take a test and serve a mandatory 36-hour quarantine in their respective hotel room.

Although Gill, who is based in the US, says he is not suffering from any symptoms of the coronavirus, he tested positive on Monday and is now facing a 10-14 day isolation period.

He said during a press conference with select media, including Motorsport.com: “The first thing to get off my chest is that I have tested positive for COVID-19 in the first test [on Monday].

“I do not have any symptoms and I’m feeling quite well so I think that’s something from my side.

“I feel a bit bummed that I’m not able to help the team at this point in time but it’s best for everyone’s health that I’m away.”

Mahindra Racing, which during lockdown has moved to a new premises and has updated the software on its M6Electro car, had already planned for a team restructure should any of its key staff fall ill.

Gill added: “We had expected that there might have to be some team changes going forward because of COVID-19. Everyone had a back-up.

“Mahindra has a pretty strong management team so Toni Cuquerella [chief race engineer] will step in to do the team principal duty and David Clarke [team manager] will basically share the responsibilities.

“On a race day it’s largely them who take care of running the cars so between both of them we are in pretty safe hands.

The Tempelhof Airport site has been limited to 1000 personnel, down from the estimated 5000 heads at a regular FE event, owing to German legislation that will remain in place until the end of August.

Each outfit has had its staffing allocation dropped from 40 to 21 passes – 19 for team members and two for drivers.

Originally this had been capped at 20, but an extra slot was given so that team principals could attend.

When asked by Motorsport.com if Gill expected to be able to return to the track, he added: “I’ve been asked to do a second test, that’s been scheduled for either later today or tomorrow, and based on that we’ll know [going] forward.

“As of now, the initial instructions is for 10 to 14 days [in isolations], so yes, I think the finale is going to be in this hotel room for me.”

“The two individuals have entered self-quarantine in accordance with the instructions of the relevant public health authorities and will continue to follow the procedure mandated by those authorities.

“In both instances, the FIA Formula E Championship’s in-depth protocol has been closely followed.”

No one will be allow to enter the site without a negative test, and all attendees must observe social distancing, wear a face mask and stay alone in quarantine until it is their turn to be tested.

Retests will occur every five to seven days