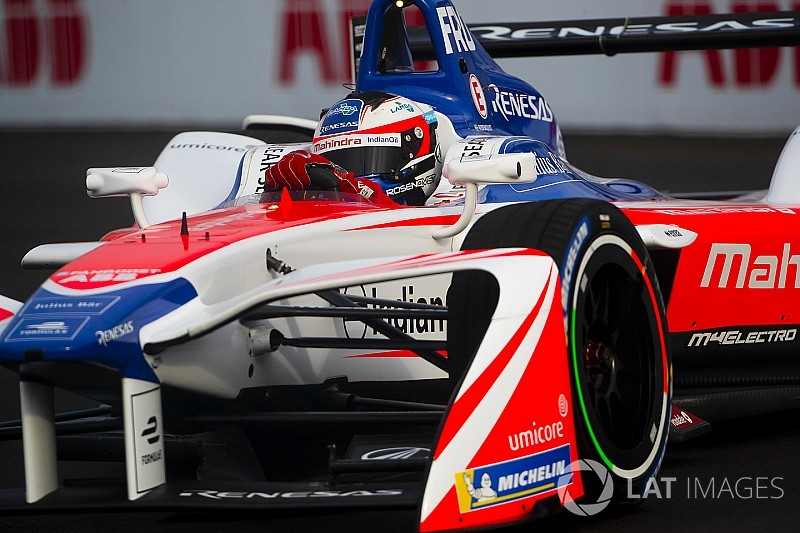 Mahindra Racing capped off the 2017/18 Formula E season with a resurgent showing in the New York finale, ending fourth in the teams’ standings.

Nick Heidfeld qualified 10th on the grid for the first race of the double header and immediately moved up two places after the Dragon cars dropped out of contention with lap 1 damage.

He passed Maro Engel on track and jumped Nicolas Prost in the pits to eventually finish sixth, equalling his second best result of the season.

Felix Rosenqvist, meanwhile, put on a scruffy lap in qualifying and wasn’t able to make much headways in the race, before a confusion in the pitstop and a power issue at the safety car restart dissipated any chances of scoring points.

He more than made up for Race 1 disappointment on Sunday, qualifying the car ninth and making a quick getaway to propel himself into seventh position.

He also reeled in Nelson Piquet Jr just before the halfway point of the race and then moved ahead of Piquet Jr’s teammate Mitch Evans in the pits stop cycle to cross the chequered flag in fifth position.

“I had a really good start and first lap,” he said. “Great battle with Mitch through a really good race. Great pitstop and good second stint.

“It was hard to catch the others today, so we brought home what we could, which I’m happy with considering our struggles in the second half of the season.”

Heidfeld emulated his teammate with an equally rapid start from 13th on the grid, but couldn’t keep the Jaguars at bay and ended eighth.

“It was good to finish the season with a double points finish both on Saturday and Sunday for me, and to secure some valuable points for the Teams’ Championship to help the team finish in fourth position,” Heidfeld said.

“I am particularly happy to have come back to pace and points for the last couple of races after a difficult mid-season.”

The Indian squad led the championship at the start of the campaign but its title bid faded with a series of retirements and a subsequent drop in form.

“It’s been a season of mixed emotions and quite the roller coaster ride from an unbelievably strong start to the season, leading both Drivers’ and Teams’ Championships at one point, and then going through testing times for the team,” Mahindra Racing team principal Dilbagh Gill said.

“We finished fourth overall, we have matured as a team, and have come out stronger and wiser to be able to tackle whatever lies ahead, which we all hope, is victory.”