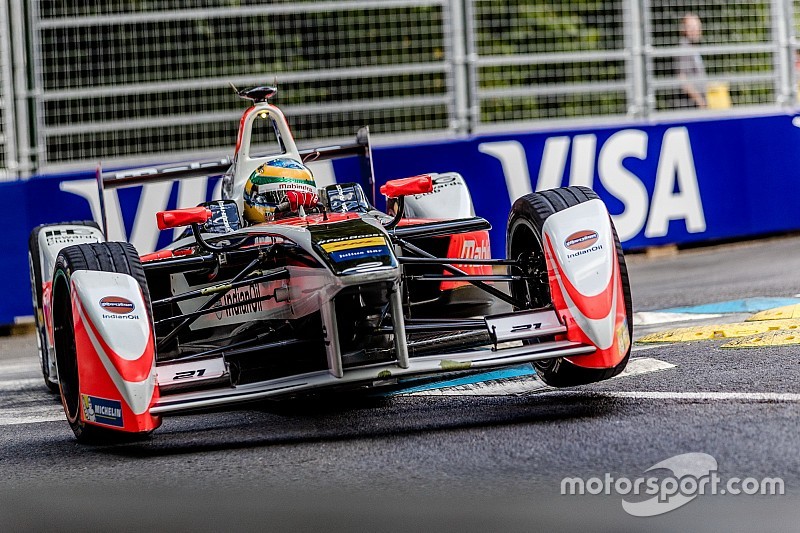 Mahindra Racing's team principal Dilbagh Gill feels they "ticked every box" in the second Formula E season to claim a top five finish in the standings.

The Indian squad jumped three places to fifth in the 2015-16 season gathering 105 points, 47 more than Season 1, to end the second year on a high.

"We ticked every box we set out to this season. We have scored podiums, multiple double points finishes and fastest laps, and gained many championship positions compared to our season one result," said Gill.

"We will take a moment to reflect on that achievement, but only a brief moment. We have every intention of continuing this upward trajectory [in season three]."

To add to that, they had six double point finishes along with both Heidfeld and Senna also taking points for fastest lap in Paris and Berlin respectively.

Both the drivers were equally thrilled to have finished the season on a high driving a competitive M2Electro.

Heidfeld was close to his second podium in Race 2 at London, only to be penalised for using all the energy and ending eighth but was happy with the season.

"It’s always tough to swallow a disappointing finish, especially when losing a potential podium but overall we can be proud of the results we have had all season and the gains we have made in all areas,” the German said, who finished 10th in the standings with 55 points.

Teammate Senna saved the best for last as the Brazilian broke the jinx to take his maiden Formula E podium in the first race.

“It feels fantastic to achieve this long overdue podium. Yet another strong result which must be put down to each part of our team connecting the dots.

"Each incremental gain throughout the season has built up to this strong finish to the season.

"We can be so proud of what we achieved this season," he added, having finished 11th with 50 points.

De Silvestro on future: "I have options in a few championships"