Massa qualified 21st for the opening race after making a mistake on his full-power lap, but he made swift progress in the race to run eighth until he clashed with 2018/19 FE champion Jean-Eric Vergne on the final lap and ended up 16th.

In Sunday's qualifying, Massa locked up at the Turn 5 left-hander and went straight on, failing to set a lap time before making limited progress to once more finish 16th.

Asked by Motorsport.com for a summary of his weekend, Massa said: "Well, very difficult.

"Yesterday [Saturday] I had a mistake in qualifying and I started in the back. But in the race, I was catching and overtaking and having interesting pace [up] to the last lap.

"Then everything happened [the Vergne incident], until then, it would have been amazing to start 20th and finish eighth.

"And today [Sunday], to be honest, I could not understand the car all day. In qualifying, I locked the tyres in a way that I didn’t expect and I went completely straight [on].

"In the race, I had the same issue all race. Every try I had to find the pace, I was locking the tyres and going straight.

"I almost crashed six times in the race and I didn’t have the car to try to fight and get positions. It was terrible.

"Some issues that we have in the car, I didn’t understand exactly why, in the brakes that I couldn’t really drive the whole race."

Venturi's season has been mixed in 2018/19 with its highlight proving to be a first FE victory in Hong Kong, which came alongside a run of reliability problems.

Team principal Susie Wolff explained that both Massa and Edoardo Mortara struggled with a brake problem in the last New York race.

“That was a race to forget," said Wolff. "We need to analyse what happened to Edo after the safety car.

"He had an issue with the brakes and Felipe was also struggling massively with his brakes throughout the race.

"It’s a disappointing end to the season - but it will quickly be forgotten about as our focus now turns to season six." 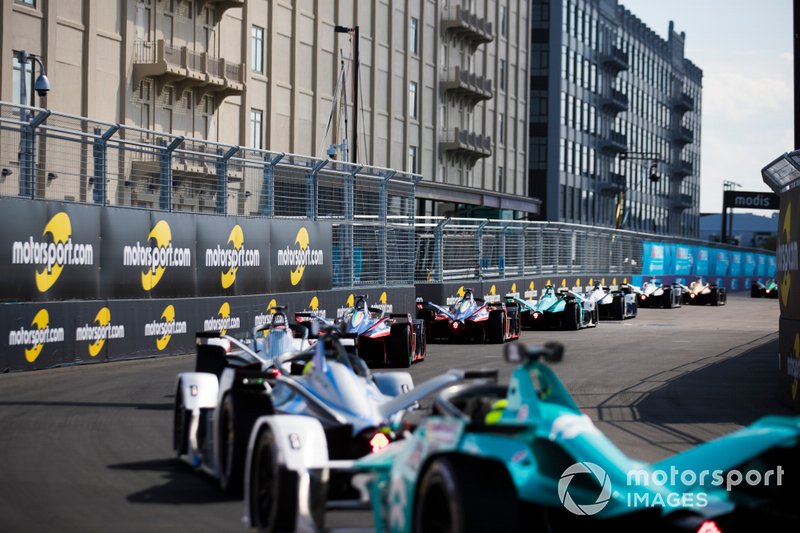 Formula E: Alex Lynn - Monaco E-Prix is the "special one"

Vancouver to host Formula E in 2022