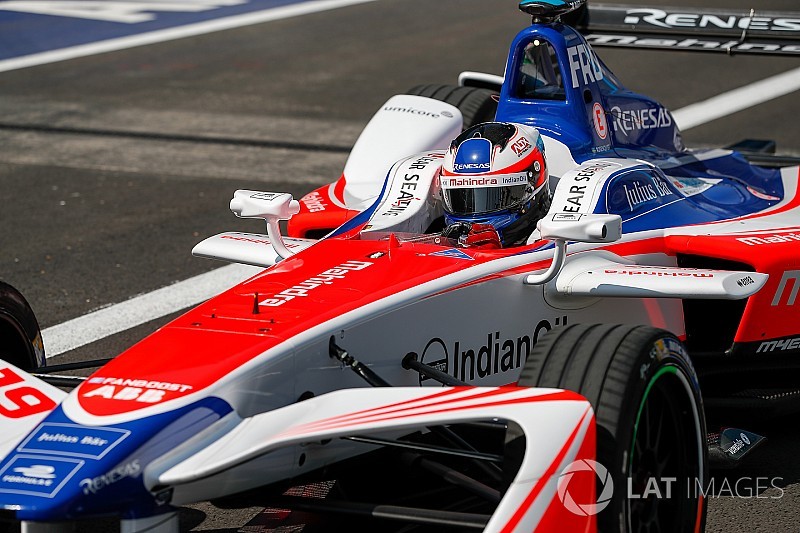 Rosenqvist was narrowly headed by Sebastien Buemi in the group stage of qualifying but pumped in an expert Super Pole lap to deny Antonio Felix da Costa a first FE pole.

After an unspectacular pair of practice sessions, Renault e.dams driver Buemi was fractionally fastest in the group stage of qualifying, beating Rosenqvist by just 0.008s.

But Buemi, who ran last in Super Pole, locked up at the start of a scruffy shootout lap and wound up slowest of the five contenders.

Rosenqvist’s 1m01.645s was two tenths quicker than da Costa, who was making his first Super Pole appearance since the Long Beach round two years ago. Da Costa qualified fastest back then but was stripped of the result, which means Mexico would be his first FE front row start.

But da Costa's Super Pole misfortune came back to haunt him, as his car was found to be underweight in post-qualifying scrutineering, so he will start fourth.

Lynn recovered from a heavy crash in FP2 to qualify third-fastest, although a 10-place grid penalty for the DS Virgin Racing driver’s pre-event gearbox change means NIO’s Oliver Turvey and Buemi will start second and third.

That penalty also promotes Daniel Abt to fifth place, after the Audi Sport Abt driver was the quickest of those to miss out on a place in Super Pole.

Within a tenth of Abt were championship leader Jean-Eric Vergne and Nelson Piquet Jr, while Sam Bird and Nick Heidfeld completed the top 10.

Bird, like teammate Lynn, has a grid penalty though, so he will drop 10 places – as will beleaguered reigning champion Lucas di Grassi.

Audi driver di Grassi knew he would take a grid penalty coming to Mexico after another inverter change following his retirement in Santiago, and qualifying in the opening group meant the worst of the track conditions.

Di Grassi was only 12th fastest overall and will drop to the back, and likely take a small time penalty in the race as he is not serving his full penalty.

That trio of penalties means Maro Engel, who only qualified 13th, will start 10th.

Mexico City ePrix: Abt gets first win, disaster for Rosenqvist