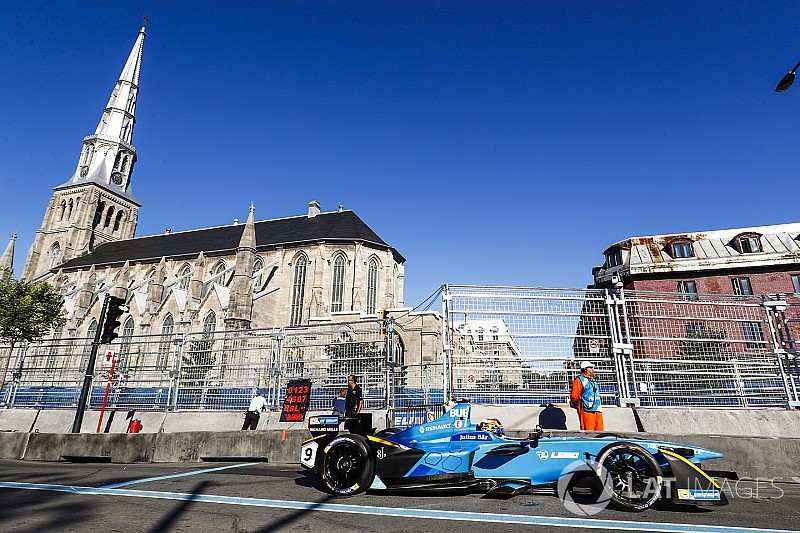 A glancing blow on the inside wall at the final chicane threw the reigning champion's Renault e.dams car hard into the exit barrier, inflicting a large amount of damage.

The accident has necessitated the build-up of a new car around a spare monocoque in what will be a race against time for the Renault e.dams crew to ensure it is ready for this afternoon's race.

“I just touched the wall on the inside of the last chicane where you carry in a lot of speed,” said Buemi. “Then I went into the outside wall and had a big impact. It was a big hit but I am fine.”

Felix Rosenqvist was third fastest, while Stephane Sarrazin and Nick Heidfeld rounded out the top five for Techeetah and Mahindra respectively.

Lucas di Grassi placed 16th in the second session but didn’t get to set a representative time after the session was red-flagged for Buemi’s accident.

Di Grassi and Buemi have been drawn together in the same qualifying group later on Saturday. In the earlier first practice session, it was the Brazilian who posted the quickest time with a 1m22.451s lap.

He and his title rival Buemi were the only drivers to complete a 200kW lap in FP1. Buemi’s was compromised by traffic and saw him lose 0.7s in the final sector.

It was a departure for the Abt Schaeffler Audi Sport team to try a 200kW lap in the first session as they chase the three points given to pole position, so as to reduce the 10-point deficit to Buemi in the title standings.

Sam Bird placed second in FP1 after setting a succession of fastest 170kW laps in his DS Virgin. The double New York ePrix winner peaked on a 1m23.618s, which was just 0.02s better than Vergne’s best in the Techeetah Renault.

There was plenty of trips up the Turn 1 escape road, with Robin Frijns and Daniel Abt both having major brake-locking escapades. Abt then went on to break the left-front wheel rim of his ABT Schaeffler FE02 car against a wall later on in the FP1 session.