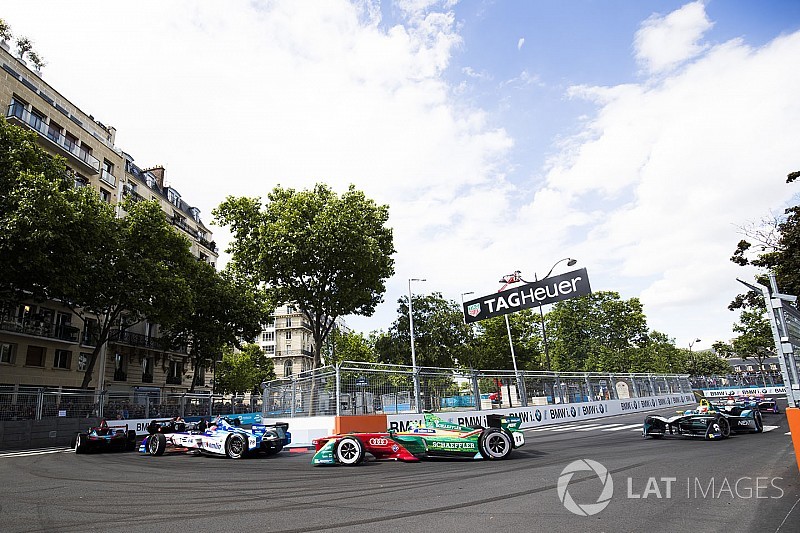 “Inside Formula E” goes behind the scenes of the all-electric racing series, first episode to educate new fans in the build-up to the New York ePrix.

June 23rd, 2017, Miami, FL – Motorsport.com has teamed up with FIA Formula E series partner TAG Heuer to launch a new video series that goes behind-the-scenes of the all-electric championship as it gears up for its New York City debut.

The FIA Formula E championship will race in Brooklyn, New York on July 15 and 16 in what will be the first-ever FIA-sanctioned motor race ever held in the five boroughs of New York.

New York joins a list of some of the world’s greatest cities including Hong Kong, Buenos Aires, Mexico City, Monaco, Paris and Berlin in hosting the championship whose goal is to promote electric power as the key to sustainable mobility.

TAG Heuer is a founding partner of the FIA Formula E Championship and Motorsport.com’s parent company, Motorsport Network, announced in January this year that it had acquired a financial stake in the all-electric championship.

The new video series aims to educate new fans about the championship including its innovative battery technology; ground-breaking Fan Boost concept; and the dramatic “fast forward” nature of Formula E events – from the 60-minute on-track races, knock-out qualifying and how the championship quickly sets up, then dismantles race tracks in cities around the world.

Along with the group’s motorsport titles, the video series also will be featured on Motorsport Network’s global automotive site, Motor1.com along with Motorsport.tv.

“We have millions of passionate motorsport fans who follow Formula E on Motorsport.com, Autosport.com and Motorsport.tv but our goal for this video series with TAG Heuer is to also introduce the series to new fans who may have never seen the championship before,” said Motorsport Network CEO, Colin Smith.

“With the championship coming to New York City for the first time, Formula E will be exposed to an entirely new audience and we hope to build that excitement about the series coming to the Big Apple.”

“Motor racing has been at the core of TAG Heuer’s DNA for more than a century,” said Francoise Bezzola, VP marketing TAG Heuer North America.

“Motorsport.com was the perfect partner to showcase TAG Heuer’s innovation and racing DNA, while showcasing the precision, performance and #DontCrackUnderPressure spirit of the New York ePrix to a wider audience.”

Brazilian racer di Grassi explains the challenges of racing with electric power in the first episode which was released this week.

“The technique to drive an electric car is very similar to a traditional racecar,” said the ABT Schaeffler Audi Sport driver. “The thing in Formula E that is very complex is that you have to manage the energy. You have a limited amount you can use and the amount of energy you have in the race is similar to the amount of litres you would have in a fuel tank.

“But imagine you have a race where you need 30 litres of fuel, but you only have 20. Then you have to figure out how to go as fast as possible with that limited amount of energy.

“It is extremely complex. People think you just use less power, but it doesn't work like that. There are places on each track where you go fast, others where you go slow. Plus, you are defending and attacking at different times throughout the race.”

WEC and Formula E agree on no clashes in 2018