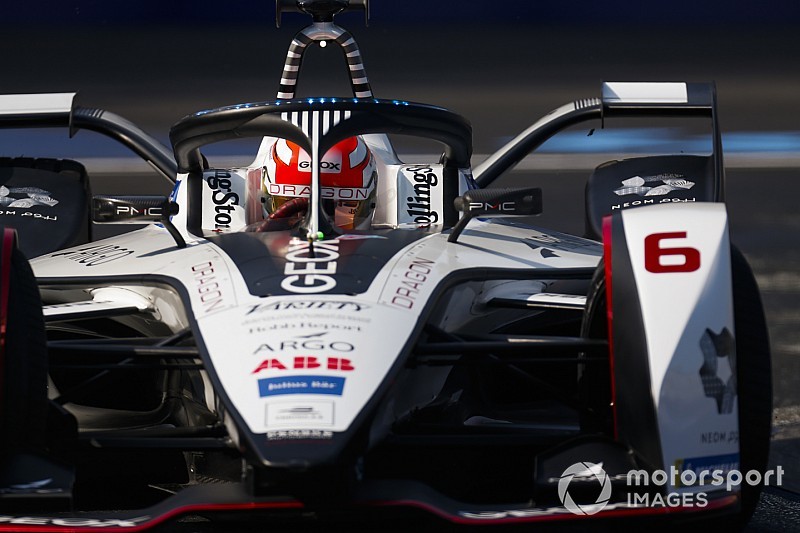 Former Sauber Formula 1 driver Nasr won the IMSA title with Action Express Racing in his debut season in the category last year, driving alongside Eric Curran, and began his title defence with second in the season-opening Rolex 24 at Daytona.

The Brazilian has replaced Maximilian Gunther at Dragon and will make his debut this weekend in Mexico.

But Nasr's new deal means he has a clash between FE and IMSA on April 13, when the two series race in Rome and at Long Beach respectively.

"The priority is to do IMSA. I’ll be skipping Rome and it will be a busy year, I have to say, in both series," Nasr told Motorsport.com.

"But I really want to defend my championship there and I really enjoy driving in IMSA.

"Thanks to Action Express Racing, they did an amazing job last year. In my first year in the series – I didn’t know any of the tracks – I was able to win the title with Eric Curran.

"This year we have Pipo Derani in the car [alongside Nasr and endurance race driver Curran], which I think makes a very strong line-up.

"I can’t wait to alternate in both series."

Nasr has conducted simulator running ahead of his debut in Mexico, and drove the Dragon Gen2 car for the first time in Friday's shakedown.

Wolff has "no doubts" about Massa, despite point-less start