Jaguar reserve Norman Nato says he feels "ready" to compete in his first Formula E race since last year, as he stands in for the injured Sam Bird in Seoul.

Bird suffered a fracture to his left hand in the second London race two weeks ago and, after medical checks, will need to undergo an operation to fix the break.

As such, the Briton's wait to compete in his 100th Formula E race will have to wait until next season, with former Venturi driver Nato taking over driving duties for the season finale.

The French driver, who took victory in his last Formula E race in Berlin before losing his seat to Lucas di Grassi for 2022, explained the extra preparation he undertook to acclimatise to Jaguar's systems.

"Usually the week before the race, I jump into the simulator and try to prepare in case I have to race, and also like to try to help the team with some set-up settings," he said.

"On the Wednesday night I had confirmation that I would be racing this week, so for sure I spent a bit more time in in the simulator trying to to prepare a bit more in detail, like with all the systems.

"Normally I just try to do the basic things to prepare for the two drivers before they come in the simulator, to to make sure everything is working properly and and everything is ready. This time I just did normal preparation as a race driver.

"It's just bonus for me - I can't say what I'm going to do this week, I didn't drive a Formula E car for one year, since last year in Berlin, but what is sure is that I had a good preparation last week, I feel ready. 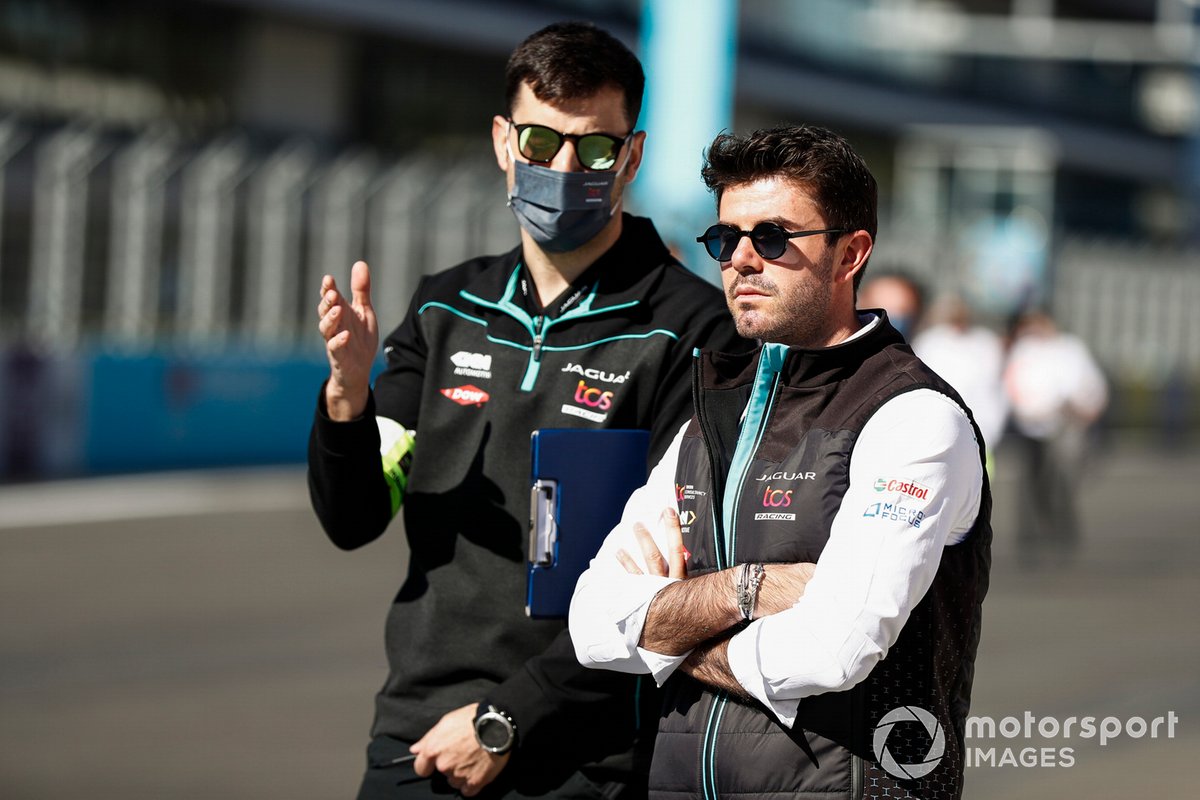 "I would have preferred to be driving in another condition, because it's never like a good feeling to replace someone who's injured. But I'm not going to lie, it's a good opportunity for me.

"I'm happy to be here and I wish Sam a good recovery."

Nato also explained that his primary goal was to help Jaguar get the best possible finish in the teams' championship, where it currently lies fourth overall - 28 points clear of Envision in fifth but 44 points behind the third-placed DS Techeetah squad.

Asked by Motorsport.com if returning to a Formula E race seat for Seoul was a good chance to put himself in the shop window for next season, Nato said that he said it was a good opportunity to show what he is capable of.

"I'm just taking what it is at the moment, focusing on trying to do a good job because we're still in a fight to finish in a good position in the teams' [championship] and also with Mitch [Evans, in the title hunt]," he said.

"My job this weekend is to do the best I can. It's not going to be easy, for this is for sure, but if I can score some points, it's just a bonus.

"For me, I have to take it like as an opportunity for sure to show what I'm capable to do."

Lotterer to remain in Formula E with Andretti, Askew out

Sergio Sette Camara will move to the NIO 333 squad for the 2022-23 Formula E season, departing the Dragon Penske squad after two-and-a-half years at the team.

Mahindra Formula E principal and CEO Dilbagh Gill will leave the team he has headed up since the championship's very first race in 2014.