Nelson’s column: a winning start to an exciting year

In the first of his columns for Motorsport.com, Nelson Piquet Jr gives the inside line on his racing activities in 2015 – on the city streets in Formula E and flying high in Global Rallycross. 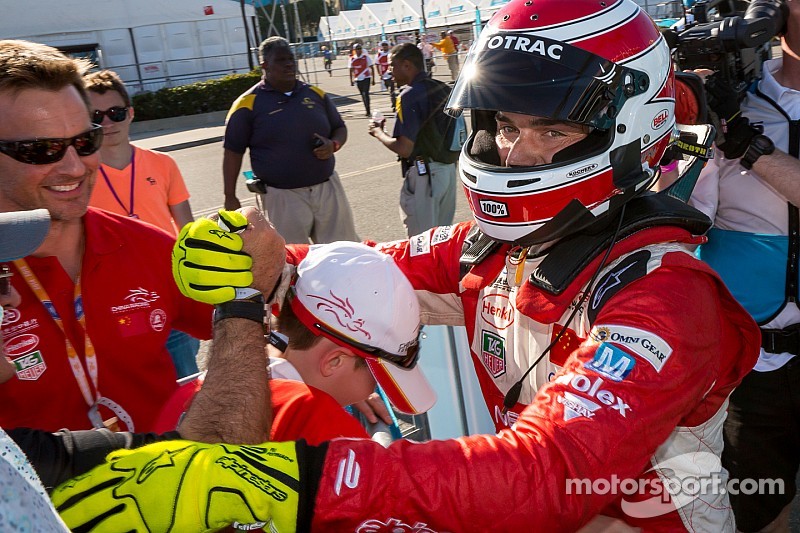 Hi to all the Motorsport.com readers!

I’m going to be writing a regular blog for the site as I compete in the FIA Formula E Championship and Global Rallycross this year. I’ll be keeping you up-to-date with what is happening with my racing.

I’ve got a pretty interesting year coming up as I mix a single-seater and rally championship together for the first time. I really fell in love with rallycross when I took part in a few races and last year I signed to Global Rallycross for my first full season. It was an epic first year and we were fighting for the championship until the very end.

I got a few podiums, including a third place at X Games, and I’m heading back to the championship this year with the same team, SH Racing, where I really want to get my first rallycross win and fight once again for the title. The championship starts at the end of May in Florida and I’m really excited to get started.

Before all that though, I’m already involved in a really exciting title battle in the brand new FIA Formula E Championship. Ever since I heard about Formula E I wanted to race in the series. It would be a new experience for me in single-seaters, and I was fascinated by the idea of pushing forward electric technology.

I also love the challenge of racing and have been quite diverse the last few years with racing in NASCAR, rallycross and single-seaters. Even when I was driving in GP2 and Formula 1 I loved the opportunity of racing in other categories, and one of the best things I did during that period was race at the Le Mans 24 Hours.

I knew Formula E would be a challenge as I hadn’t driven a single-seater car since 2009, so it was a great challenge to take on. And the deal to take part only came together right at the last minute.

We had a few conversations with teams, but it was only right before the start of the season that my sponsor Qualcomm stepped forward, wanted us in the series and together we managed to put together a good opportunity with China Racing.

There was a lot of work to be done. I missed some of the pre-season testing, the deal with the team came at the last minute and we were going up against strong teams such as eDams and Audi. I had no idea we would be in the position to win races and fight for the championship when we started.

The other challenge for me was going to be the new experience of competing in a championship that was run entirely on street circuits. I’d never won on a street circuit before and I was not quite as confident as I would be driving on a normal track. But the results right from the start have been very strong.

I think the experience and racecraft that I’ve continued to work on in the last few years in different racing disciplines such as NASCAR and rallycross have really paid off and I’ve been able to translate that to this very different kind of single-seater car.

The championship has a fantastic grid of drivers and a great group of people behind it. Already in six races, there has been six different winners, and I’m thrilled that I’m able to say I’m in that group of six.

It was really special for me to win at Long Beach. We’ve been working really hard as a team with China Racing and have progressed so much since pre-season testing.

Although I would love to have won before Long Beach, it maybe felt like that race was meant to be for me, as I won the race there 35 years after my father won his first Formula 1 race on the same track. It was pretty emotional, pretty exciting and I can only see us now getting more wins this season.

Next up is the race in Monaco and I can’t wait for it to come around. I lived in Monaco for the early part of my life and then again when I was racing in Europe so it really feels like home for me. Also, we will be using part of the Formula 1 track, which is one of the most special racetracks in the world.

We’re definitely aiming for our second Formula E win there and to try to take the lead of the championship as currently we’re in second place, just one point behind the leader.

Until next time, take care

ABT Sportsline hums through the streets of Monaco