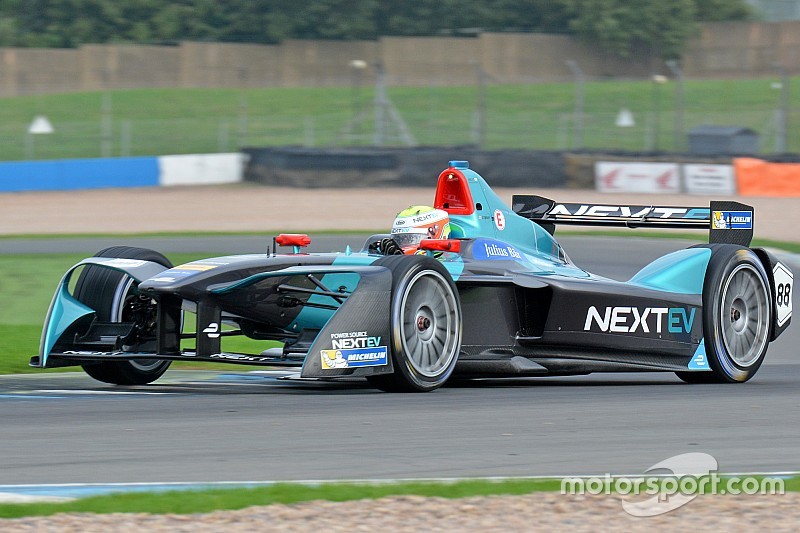 Nelson Piquet Jr and Oliver Turvey will race for the NextEV Formula E Team around the Central Harbour area on a 1.860km track.

The 2016/17 FIA Formula E Championship gets underway in Hong Kong, with the ePrix taking place this Sunday, 9 October. Nelson Piquet Jr and Oliver Turvey will race for the NextEV Formula E Team around the Central Harbour area on a 1.860km track. The track features ten turns, two of which are tight hairpins, and a 555-metre straight, which should provide a key opportunity for overtaking.

"I'm really looking forward to getting the new season started. We have some amazing new additions to the calendar. with Hong f(ong being an amazing city to start off the championship. If results were dependent on how hard we are working and how much we effort we've put into season three, then I'm hoping by the end of the season that we will be celebrating like we did in season one."

"The Hong Kong ePrix circuit looks like an exciting one, with a number of quick flowing corners as well as long straight offering overtaking opportunities. The location of the circuit next to the waterfront in Hong J<ong should make for a spectacular event. I am particularly looking forward to the race due to the location and as its the first race of the season. I will be giving it my all!"

"Season three looks set to be Formula E's most thrilling and competitive to date. There are a number of exciting manufacturers involved in this championship and, this season, NextEV has stepped up with more investment and involvement. We have built a new in-house team, who have been working incredibly hard over the off-season on the new car and to shaping this new set-up. We are under no illusions that competition will be tough, but we have two very talented drivers who are thirsty for success and we look forward to getting our championship battle underway in Hong Kong. This race is important to us as a company with a Chinese base and it's just one of several exciting new city venues on this season's calendar."

ABT begins the new Formula E season in Hong Kong