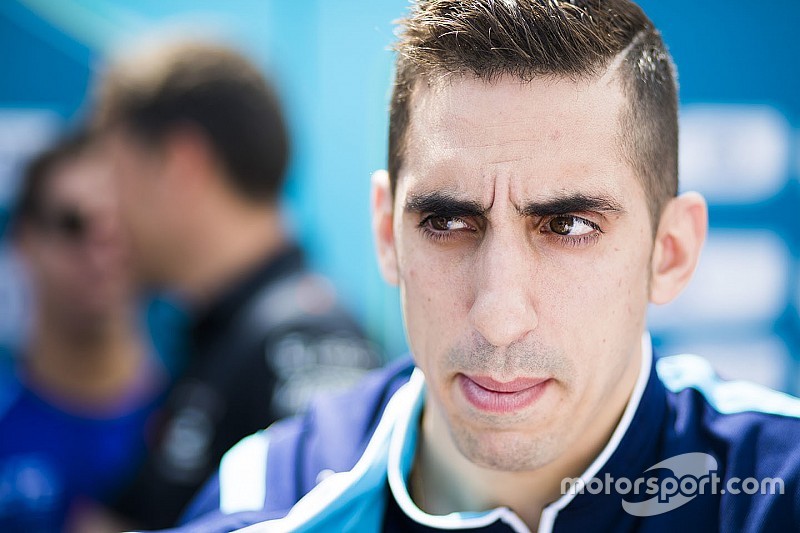 Formula E points leader Sebastien Buemi was fastest in the first session for this afternoon's Paris ePrix at the Les Invalides street circuit.

The Renault e.dams driver put in a late 200kW lap to end up 0.7s ahead of Jose-Maria Lopez, who had been quickest for much of the latter stages of the session.

The DS Virgin driver recovered from a lock -up at Turn 1, which saw him gently nudge the wall in the opening moments of the 45 minute session. The Argentine was able to continue unaffected and finished the session as runner-up.

Mahindra’s Felix Rosenqvist set the fifth fastest time ahead of last season’s pole-sitter Sam Bird. The latter caused a red flag in the session after he parked his DS Virgin Racing car on the circuit after he suffered a complete power shutdown.

Mike Conway was an impressive seventh as he made his Faraday Future Dragon debut, replacing the DTM-bound Loic Duval.

Oliver Turvey was 14th fastest but will start the Paris ePrix this afternoon with a ten-place grid penalty after a motor change was undertaken on his NextEV car.

Notable incidents were Techeetah’s Esteban Gutierrez having a trip up the Turn 7 escape road and both of the ABT Schaeffler Audi Sport drivers, Lucas di Grassi and Daniel Abt locking up and having to perform reversing manoeuvres after trips down the Turn 1 escape road.

The second practice session is scheduled to begin at 10.30 local time.