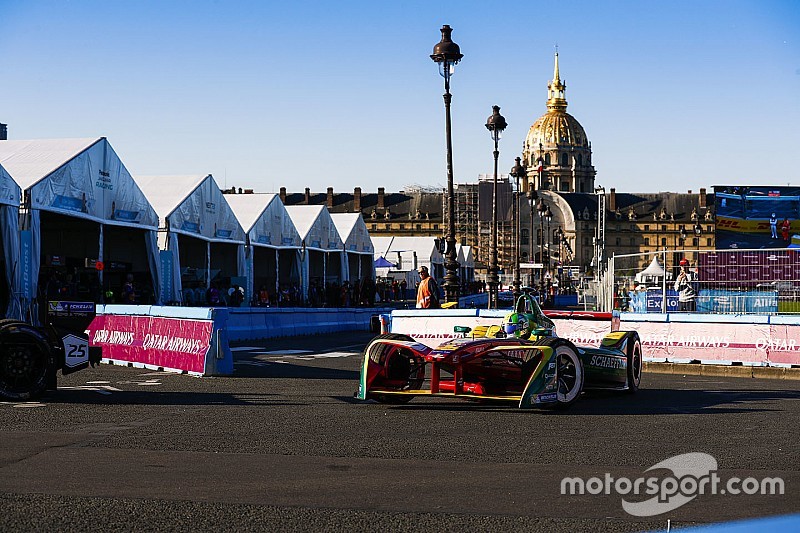 The Abt Audi Sport driver left it to the dying moments of the session to go quickest by two tenths of a second.

Di Grassi and championship leader Sebastien Buemi were among several drivers to leave it late to carry out a 200kW lap in FP2.

In the closing minutes of the session Jose Maria Lopez was quickest on a 1m01.559s, which Buemi could not quite match on a last-minute qualifying simulation and ended up 0.022s adrift of in his Renault e.dams machine.

The track appears slower here than last year, despite warmer temperatures due to the race taking place a month later, with no real improvement in laptimes.

Turn 1 continued to catch drivers out, with di Grassi and Lopez among several drivers to lock up and run deep into the run-off area.

Vergne’s attempt at a 200kW was scruffy and only good enough to ninth ahead of qualifying for his home race, as the Renault-powered Frenchman seeks to end his Formula E win drought.

Apart from a lurid slide at Turn 14 the returning Conway performed well standing in for the DTM-competing Loic Duval at Faraday Future Dragon Racing.

He was only 16th fastest but was 0.033s slower than team-mate Jerome d’Ambrosio.

Formula E debutant Tom Dillmann, in for Maro Engel (also on DTM duty) at Venturi, was 18th, 1.4s off the pace and three tenths slower than Stephane Sarrazin in the same car.