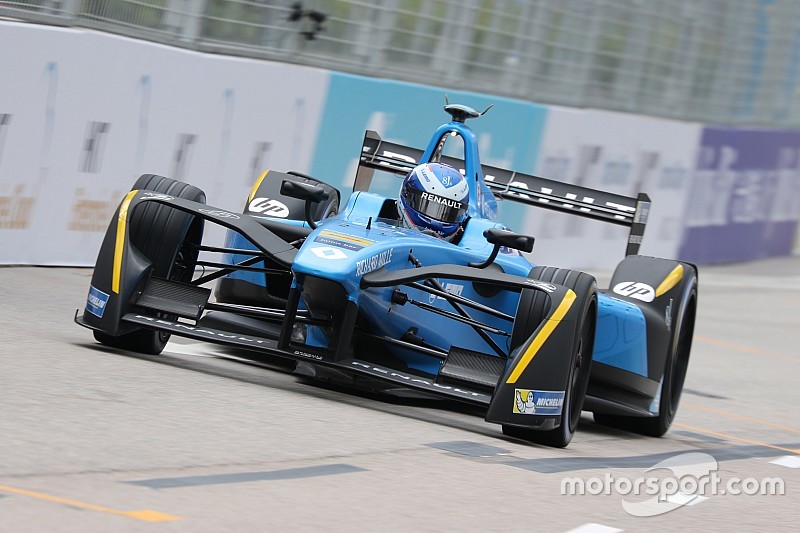 The Renault eDAMS team has been forced to play a technical ‘joker’ at the opening round in Hong Kong after problems with Nicolas Prost’s car in the shakedown session held on Saturday afternoon.

One of Prost’s No.8 Renault Z.E 16 cars ground to halt halfway through the 30-minute shakedown session after suffering with a problem centred on the inverter in the powertrain. The issue necessitated the title-winning team to change the component for today’s running.

In the regulations under article 28.4, each car is allowed one joker per element during the season. This includes the motor, gearbox, inverter and battery.

“We have taken a ‘joker’ on this. We are allowed one component per season and we had to take it,” confirmed Renault Technical Director, Vincent Gaillardot. “We suspect the issue to be in the inverter, on the high voltage wiring side.”

The potential penalty for another replacement of an element that has already played joker is a 10-place grid penalty. The FIA attach seals to each component in order to police the use of the four key elements of the powertrain.

The Renault eDAMS team did not take any jokers at all during their 2015-’16 title winning season.