Prost to leave Renault e.dams ahead of Nissan takeover 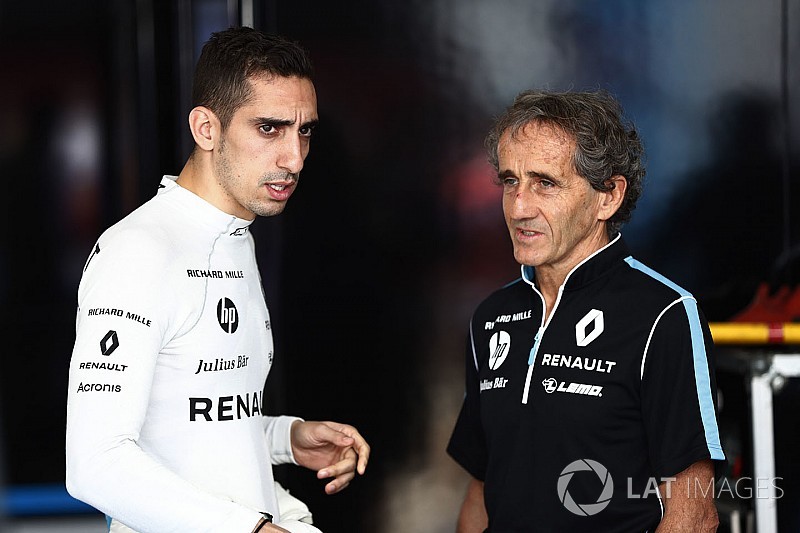 Renault e.dams co-owner Alain Prost is leaving the French squad ahead of its takeover by Nissan, team founder Jean-Paul Driot has confirmed.

Four-time Formula 1 world champion Alain Prost has been part of Renault e.dams since the inception of Formula E, contributing to three teams’ titles and one drivers’ crown with Sebastien Buemi in 2015/16.

However, with sister brand Nissan taking the team over from season 5 onwards for Formula E’s Gen2 era, Prost has decided to step back, being heavily involved in Renault’s F1 project too.

Asked by Motorsport.com whether Prost had sold his shares and was leaving Renault e.dams, team founder Jean-Paul Driot replied: “Yes, I confirm that.

"I am the owner at 100 percent of e.dams. So I bought [Prost's shareholding] back, and not Nissan.”

“For season five, we will be working with Nissan as we do today with Renault. It’s a different situation having a co-ownership than to be on your own, it’s completely different.

"For us, it’s easier. Alain was doing a lot of communication, the team [has been] with me for a long time. In one way, you can be frustrated, because you’re not doing any communication, and he could have been frustrated because he was not leading the team.

"I think that now, the things are much clearer. We did a good job all together anyway. Now he’s leaving for travelling more with Formula 1. Both programmes were a little bit heavy with the travelling.”

Prost told French newspaper L’Equipe he had been thinking about stepping back for a year and a half as he felt the travelling was too exhausting and it made sense for him to leave Formula E at the same time as Renault.

No success in season four

Despite three championship titles and no less than 15 race wins over Formula E’s first three seasons, Renault e.dams currently languishes down in sixth in the 2017/18 teams' standings.

Thanks to three podiums, Buemi still has an outside chance for the drivers' title, although his deficit to championship leader Jean-Eric Vergne is now up to 59 points.

Nicolas Prost is having a dismal campaign, running 18th in the standings with seven points to his name.

“We are here to win, so we are really disappointed when we don’t have the top-level success”, Driot admitted. “Nicolas Prost has had some difficulties this year, it’s difficult to win the championship when you have a driver who is having difficulties [scoring] points.”

Even though Buemi and Prost’s contracts theoretically run until the end of season five, Driot said the team was weighing up its options ahead of its first season with Nissan.

“We have some ongoing discussions with the driver line-up”, Driot confirmed.

“You know we have a new partner, so it’s important to define their mission in terms of drivers. For sure you want a performing one.

"You know the marketing is also very important – what we want to achieve for our company, for Nissan.

"We are discussing at the moment and we have not taken a decision yet.”

Find out how you can follow the 2018 Paris ePrix here.