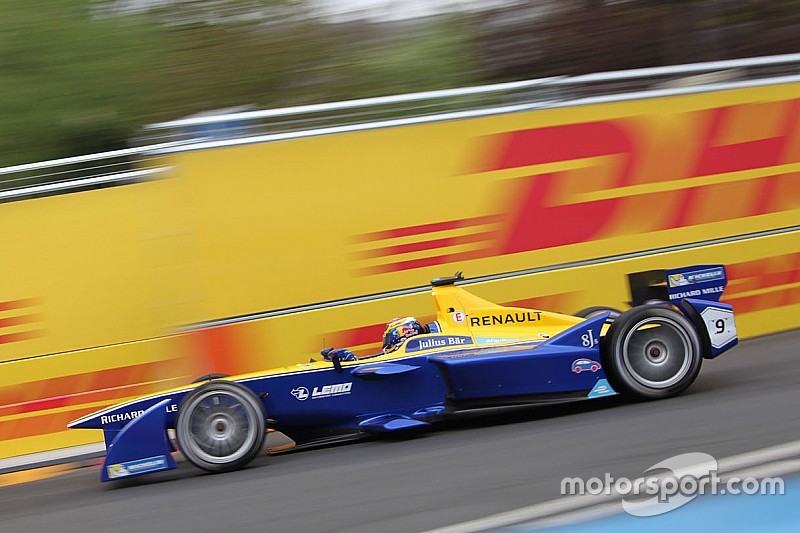 London’s beautiful and tranquil Battersea Park will be venue for this weekend’s championship showdowns.

Renault e.dams goes to the final event of the 2015/16 FIA Formula E Championship with a dual objective: to take the titles in the teams’ and drivers’ championships.

The team has a small cushion in the teams’ race, with an 11 point gap over ABT Schaeffler Audi Sport. The drivers’ title is even more hotly contested, with just one point separating Sébastien Buemi from title rival Lucas di Grassi.

Should Renault e.dams claim the titles it will be a second consecutive team win for the French squad, but a first for Sébastien, who missed out on the inaugural Formula E title last year by just one point.

London’s beautiful and tranquil Battersea Park to the south of the River Thames will be venue for this weekend’s championship showdowns. The 2.925km track is essentially the park’s perimeter road, which traces its way past the Battersea power station, skirts the lake and passes up towards the river. Uniquely in Formula E, there will be two races over the weekend; one on Saturday and one on Sunday. Each day will follow identical formats, with free practice followed by qualifying sessions and a final Superpole showdown before the 33 lap race.

Renault is the market leader in electric vehicles in Europe and has a wider variety of EVs on sale than any other manufacturer, catering for all tastes from the characterful and fun Twizy to the practical and economical Kangoo Van Z.E. The 100% electric Renault ZOE supermini is proving incredibly popular on British roads: over 4,500 have already found happy owners over here, with the car winning many awards including ‘best supermini’ in the 2016 Auto Express Driver power survey – proving beyond all doubt electric vehicles aren’t just about saving money. Unsurprisingly, this means that sales are growing at a huge rate; over 100% between 2014 and 2015.

Views from the team

Alain Prost, Senior Team Manager: "You never treat the last race as a normal weekend, particularly when you are fighting for the championship, but you have to concentrate on each session and each lap rather than thinking too far into the future. The race for both titles is very close and maybe it will go down to the last lap – we have seen several times in Formula E that you cannot predict anything. When I was a driver it was always my aim to take the championship down to the last race every year, but as a team manager it’s a bit more stressful!

There are so many variables at each race, but particularly in London. It can be clear in the morning and wet in the afternoon, as happened last year. This can change how the car feels and your approach as a driver, so you need to adapt to the circumstances as they are at that particular moment.

We know that the two Abt drivers are very strong and the team has got better and better, but you have to consider that everyone is the competition. We need to focus on ourselves and do the best we can."

Jean-Paul Driot, Senior Team Manager: "It’s been a long gap between races, so we have been trying to optimise all we know for the end of the season. Most importantly, we need everyone – mechanics, engineers and drivers – to be as cool as possible for the last two races. We have quite a big challenge ahead of us and we need to work the way we have over the season. We cannot react to the pressure.

We learned some lessons from last year in this respect. We have to go to London and do our jobs normally and professionally. Winning in Berlin was of course the best way to set us up. The middle of the season was a bit hectic, but we saw that the drivers have recovered full confidence in the car to get the best performance.

Personally I like racing in the UK and it is very novel to race in London. I lived in London for seven years so know it well, but I never thought we would be racing around Battersea Park! It’s a credit to the organisers that we have been able to go there for two years, and I hope we will find some other suitably impressive place in the centre of the capital to be able to come back in future seasons."

Vincent Gaillardot, Renault Sport Project Leader: "As per last year, the titles can be won at the last race and, with this in mind, we have been working hard to realise the last possible things to bring every step of performance to the car. We have worked on everything we can within the regulations, and have checked and re-checked everything.

London is quite a unique track on the calendar. The surface is cambered, with lots of bumps, but some parts have apparently been resurfaced for this year. The circuit is also very narrow, so overtaking is not easy and qualifying will be even more important. It doesn’t change a lot to have two races; it is more about the mental challenge of having two races in two days – you have to stay focussed for the entire weekend, and not lose concentration after the first race.

Knowing we have the titles within our grasp creates positive pressure. We know we have the tools to do it – car, drivers, team – and we really believe we can do it."

Sébastien Buemi: "We are at the very end of the championship and we know what we need to do, and how to do it well. We will focus on every small detail, including the preparation, looking after the car and I’m trying to get as much time as possible in the simulator.

London will be very special. Both championships are still open and from a driver’s perspective that is very motivating. In the drivers’ race it’s enough to finish ahead but there are lots of variables that can affect the outcome, including the weather and the qualifying group we are in. We need to see if Lucas and I are together – if we line up next to each other we will need to fight, but if there is a gap you can have some margin. You have to race with the championship in mind.

Of course it would be amazing to win. Last year I lost the title by just one point, which was very hard to accept. I want to win and I will fight for points until the last lap of the last race."

Nico Prost: "I would have loved to be in the title fight, but the start of the season was very hard with quite a few frustrations. At various points I was fighting for a win or podium but something happened and we couldn’t quite realise the results we deserved.

London is an interesting race track and I’m looking forward to making the most of the last rounds this year."