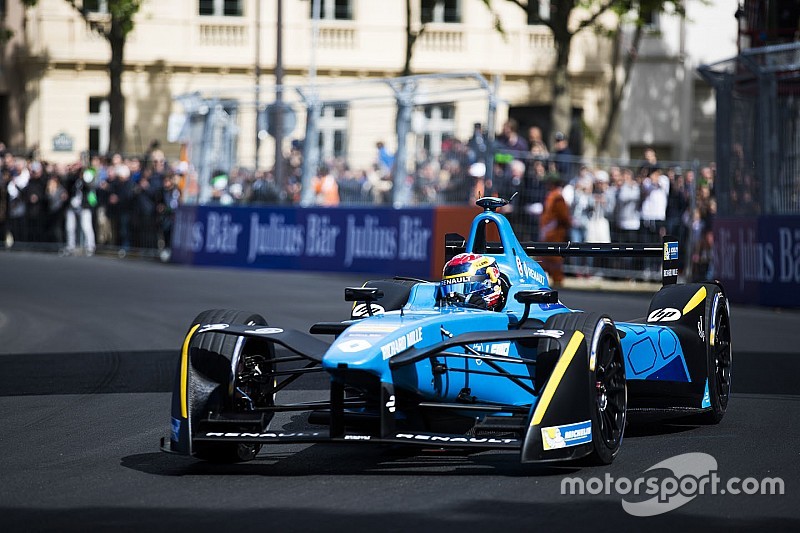 Sebastien Buemi and Nico Prost have been retained by Renault e.dams for the next two seasons of Formula E.

Buemi and Prost have been teammates at the French outfit since season one, and between them have won 14 of the series’ 27 races so far.

They won the first Formula E teams’ title in 2014/15 and made it successive team honours when Renault joined as a powertrain manufacturer for 2015/16, with Buemi also winning the drivers' title.

The Swiss driver has won five of the first six races of the 2016/17 season and leads the championship by 43 points, while Renault e.dams leads the teams’ fight by 75 points.

Prost is third in the championship, but has yet to score a podium this season.

Renault e.dams co-owner Alain Prost said the “harmony” between the two drivers was important given the development process has already begun for 2018/19, when the championship will drop mid-race car swaps and the technical challenge will increase.

The retention of both drivers for two seasons comes after discussions over whether Renault should be replaced in Formula E by sister brand Nissan.

This raised a question mark over the future of Buemi, who is contracted to Nissan rival Toyota in the FIA World Endurance Championship.

The Swiss driver said he was "very pleased to continue the adventure" with Renault e.dams, adding: "The team has done an amazing job and allowed me to have the best car on the grid.

“I could not ask for anything more. I look forward to continuing to fight hard and bringing home more victories to my team.”

Prost said he was “obviously delighted” to continue for two more years.

“Most people within the team have been here since the first test in Donington back in 2014,” he said. “We all know each other well and get on great together.

“We will continue to work hard to finish this third season on a high and prepare to do even better in 2017/18 and 2018/19. The level does not stop rising and we want to maintain to be the best."

D'Ambrosio to stay at Dragon for fourth season