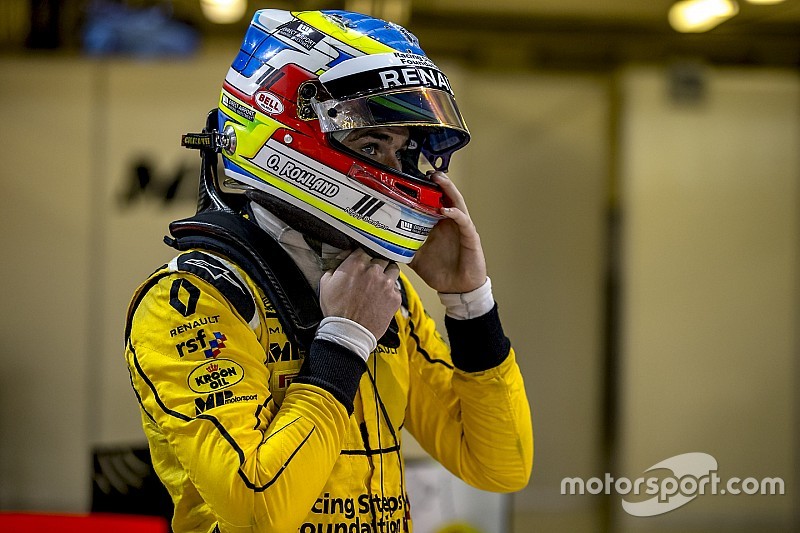 Oliver Rowland and Alex Lynn are set to be on standby for Sebastien Buemi and Jose Maria Lopez respectively for Formula E’s Mexico City ePrix.

Toyota LMP1 drivers Buemi and Lopez, along with Stephane Sarrazin, will not arrive in Mexico until race day morning as they are due to fly from the Japanese manufacturer’s World Endurance Championship programme launch in Italy the day before.

Renault e.dams wants to get Rowland, who will drive for the DAMS GP2 team this season, to take part in Friday’s shakedown session in Buemi’s absence.

Former Renault Academy member Rowland has already raced in Formula E after substituting for Nick Heidfeld at Mahindra in Punta del Este in 2015.

“Most probably it will be Oliver Rowland, to do the shakedown and be there in case something happens,” Renault e.dams senior manager Jean-Paul Driot told Motorsport.com.

“He did one race with Mahindra so he knows Formula E. Perhaps we will do something in the development car to put him back into the system. This is most likely what will happen.”

DS Virgin Racing signed Lynn as its reserve driver last month and the Briton is due to drive Lopez’s car in the shakedown session in Mexico.

He has already completed a day’s testing in Formula E, with Jaguar in the first Donington Park pre-season test, and will sample the DS Virgin 2017/18 development car before travelling to Mexico.

“We’ll try and look at whether we can get the car set up for him – if there’s a connection missed we might have Alex driving the car [in the race],” DS Virgin team principal Alex Tai told Motorsport.com. “It doesn’t take much.

“We’ve got a nice bed for Pechito [Lopez] on a plane but it’s not ideal preparation, so of course we’re bringing Alex. He’s a great guy to have on board.”

Lynn is almost certain to make his Formula E race debut in New York, with Lopez and Ferrari-contracted Sam Bird both set to miss the double-header unless the series’ clash with the Nurburgring WEC round is avoided.

Rowland’s GP2 commitments rule him out of replacing Buemi at Renault as the Briton will be racing at Silverstone in support of the British Grand Prix that weekend.

It's understood Venturi does not yet have a contingency plan for Sarrazin in Mexico in the event of an issue with the Toyota trio’s overnight commute.