Oliver Rowland's rapid ascent at the start of the Marrakech E-Prix was part of Mahindra's strategy to push early, but found his drop through the order to 10th "depressing".

The Yorkshireman made a number of decisive moves at the start of the race in Morocco, rising as high as fourth - with the drivers around him commenting on his energy consumption over the radio.

This was part of Mahindra's plan to use more energy at the start, and then begin to save at the end as the temperature rose through the race to save the battery.

Rowland said that the "thermally limited" nature of the race meant that there was an array of strategic options to cope with the heat, and Mahindra had given him the call to keep his pace up following a swathe of early overtakes.

"It was our strategy to go like that. Obviously, it was thermally limited, so there's many different ways you can do it," Rowland explained to Motorsport.com.

"I followed what I had. The key was to try and get through the pack, I actually had a very good start and didn't consume too much energy to get to fourth.

"Then they wanted me to keep going, keep going and keep going, and at some point it hurts. I mean, it was pretty depressing in the last 10 laps." 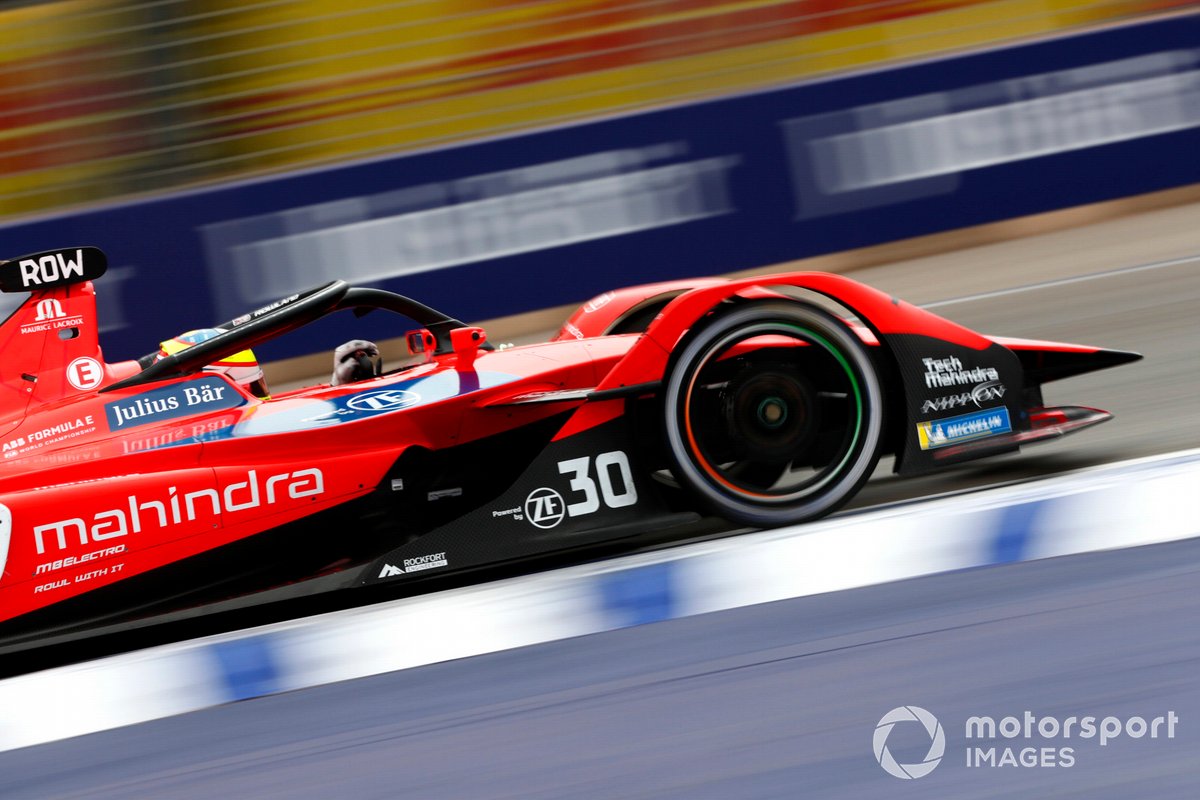 Regardless, Rowland was sanguine about his race and was pleased to secure a point having started 11th on the grid - although confesses that he could have taken more points home.

The Brit however began to endure the battery derating, where the heat of the cells exceeds its optimal limit and thus cannot deliver as much power.

He also explained his incident with polesitter Antonio Felix da Costa, where the two made contact as Rowland shaped up to pass, but in a moment of quick thinking, Rowland was able to hand the position back while boxing in the cars behind him to retain position.

"If I'd have optimised my race, I'd have been eighth. I should have probably got Stoffel on the last lap, but we both derated with battery temp at the same time," he said.

"[Antonio] was a little bit wide, and he stopped a bit early and I just caught him - but I caught him when he was like full lock, and I'm pretty sure he lost the steering wheel.

"This made him lose time and I thought I'd take a penalty for that.

"Then I saw he was still on the outside of Dennis, so I slowed Dennis down and let him through. And he gave me a little swerve, like a "fuck you" sort of thing. It was [gentlemanly] from me!"

Sacha Fenestraz says his 6:30am Seoul Formula E finale call-up to replace the injured Antonio Giovinazzi at Dragon meant he 'studied more than school' to get up to speed.

Mercedes Formula E team principal Ian James was pleased that the squad could "play a part" in the German manufacturer's 128-year motorsport history, as it bows out from the championship.