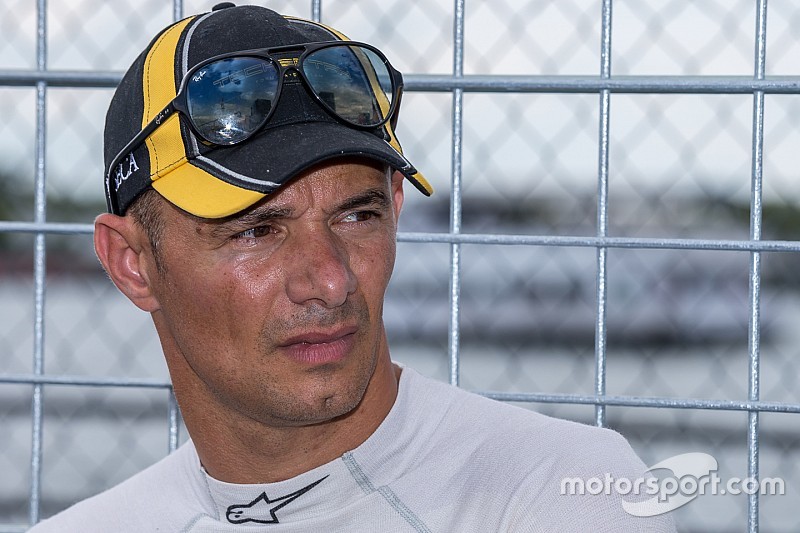 Stephane Sarrazin will replace Tom Blomqvist at the Andretti Formula E team for the remaining four races of the 2017/18 season.

Sarrazin, who raced for the Venturi and Techeetah squads in FE’s first three seasons, will line up alongside Antonio Felix da Costa at this month’s race in Berlin and the subsequent rounds in Zurich and New York.

FE rookie Blomqvist scored a best finish of eighth at the Marrakesh race this season after taking over from Kamui Kobayashi, who drove for the BMW-affiliated Andretti team in Hong Kong.

Factory BMW driver Blomqvist will “focus on the BMW GTE programme in the FIA World Endurance Championship”, according to an Andretti team statement.

“I am really happy to be joining the Andretti team,” said Sarrazin. “After three seasons and a fantastic experience, it’s great to be back in Formula E.

“I will give my best to the team and try to score as many points as possible in the last four races of the season.”

Sarrazin recently conducted the initial Gen2 car running for the DS manufacturer, which is expected to switch from Virgin Racing to providing powertrains for Techeetah in 2018/19, at the two closed group tests at the Monteblanco and Calafat circuits.

“First off – we are very thankful for the effort and time that Tom Blomqvist put in this season,” said Andretti FE CEO, Michael Andretti.

“Stephane Sarrazin brings with him a wealth of experience in Formula E. He is one of the smartest, most well-versed drivers in motorsports and we are excited for him to bring his knowledge to the Andretti team.

“We will make a strong push and hopefully finish the season on a high note at the last four races.”

Andretti is currently 10th and last in the FE teams’ standings for the 2017/18 season on 20 points, with da Costa’s sixth place at the season opener in Hong Kong its best result.