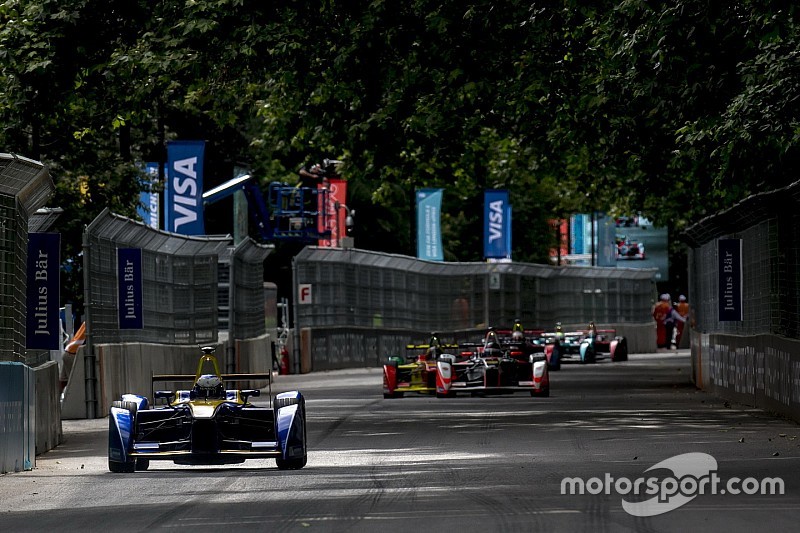 Following the conclusion of the second ever season of the FIA Formula E championship's history, Sam Smith reflects on a memorable campaign and gives his verdict on the top 10 performers of the season.

It was a tale of two tigers. Sebastien Buemi and Lucas di Grassi were the leading men in a season two Formula E production which bordered on the classic, but in truth never really quite became the epic it promised to be despite a spectacular final set-piece at Battersea Park.

Buemi undoubtedly had the quicker season two package, and di Grassi certainly ensured the world knew about it! But the fact remained that the Renault Z.E.15 held a significant advantage over its opposition, particularly at bumpy tracks.

But this pace came at a cost. The e.dams-run cars were often hair-trigger on brakes, took an age to get up to optimum traction and at low temperatures barely lit up at all.

Still, in reality, Buemi deserved the title - not so much for his crushing wins at Beijing, Punta del Este and Berlin, but more for his resilience in coming back from a series of qualifying errors which allowed di Grassi to seize the initiative.

For a second consecutive season, di Grassi suffered from a team error which wiped 25 points from his points tally, as he was disqualified from victory in Mexico. There is no getting away from the fact that this monumental error cost the Brazilian dearly once again.

This no doubt contributed to di Grassi’s ill-judged (at best) third corner attempt at staying on Buemi’s tail in the final race in London. It was the action of a desperate man, and on balance Buemi was the fit and proper champion.

The undercurrent of retribution that followed that incident has since calmed. but the pictures don’t lie - and whether or not there was any intent, it was an unsightly way for the battle to end.

Occasional interjectors for race wins in season two included Sam Bird, Jerome d’Ambrosio and Nicolas Prost. But Buemi and di Grassi were consistently the best performers, and by the time the championship headed to Europe in April the title fight was, mathematics aside, exclusively theirs.

The depth of talent on the Formula E grid is exceptional. Detractors often scoff at the speed of the cars, but any of the drivers will tell you that the complexity of running a successful event is among the toughest they have ever competed in.

In particular, the class of season two was exceptional, and as Formula E grows in to a strong technological showcase, its star performers become just as important to a series that appreciates the bigger picture of the future motorsport and mobility more generally. 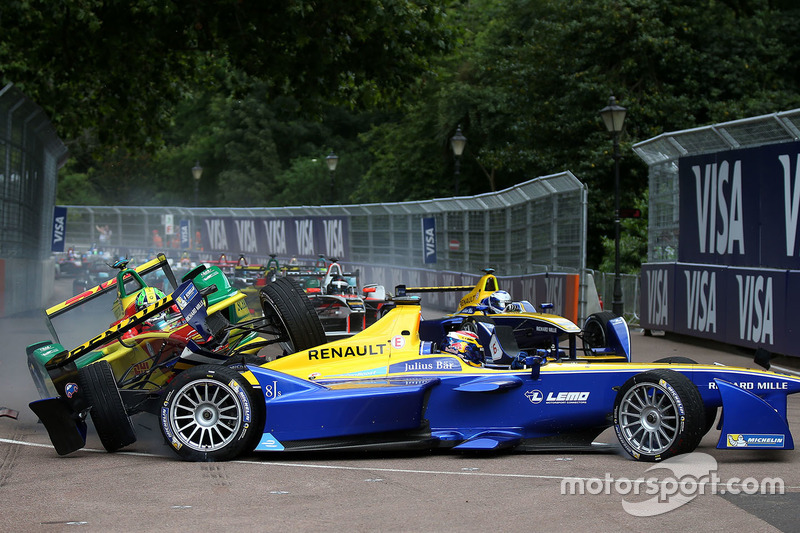 On the face of it, a pre-season change from Venturi to Mahindra did little to change Heidfeld’s fortunes in Formula E. The deep-thinking German scored exactly the same amount of points in season two as he had in season one.

Dig a bit deeper, though, and both Heidfeld and Mahindra have cause for plenty of optimism as it enters next season with new technical partners in the shape of Magneti Marelli.

A podium in Beijing, a fourth at Long Beach and a fastest lap in Paris seems a paltry return for Heidfeld, yet some strong qualifying and races performances for the German were often blighted by ill fortune.

Berlin was a prime example, as the team re-emerged from a mid-season slumber to get both cars into the top five places on the starting grid.

Heidfeld and Senna however were penalised for running wrong tyre pressures. and despite the best efforts of both drivers, a smattering of points was all they went home with. There were many race weekends like this in season two.

Heidfeld warned after the Beijing race that development needed to be accelerated, and only the team knows if, particularly in the area of vehicle dynamics, enough was done.

He looks set to stay on at Mahindra in season three, and should lead the team to a much more competitive season than its first two have so far yielded. 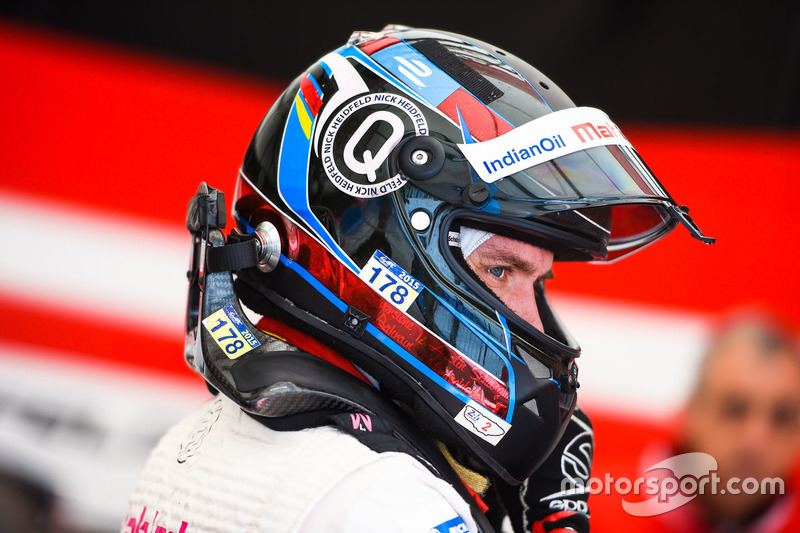 Sometimes anonymous, occasionally brilliant, Nicolas Prost came away from season two with third place in the championship and a contract extension to continue as Buemi’s teammate.

Arguably, both of these facts looked tenuous in the spring, when paddock rumours suggested some elements within the team wanted to replace him.

This notion soon faded and was put to bed in Berlin, which seemed to free Prost and spur him on to some of his best ever performances in the category.

At Battersea Park he was untouchable and waltzed to two wins. Yet, earlier in the season he seemed to struggle with the sometimes knife-edge handling of the Renault Z.E.15.

Certainly, a slow start to the season didn’t help Prost, but a mistake in Punta del Este when he could have claimed a front row starting position saw his confidence knocked almost as much as his front wing.

It is to his credit that he came back from such lacklustre performances to finish on a high in London. Although not a great season overall, the fact remains that Prost’s points were a significant factor in Renault scooping the team’s title this season. 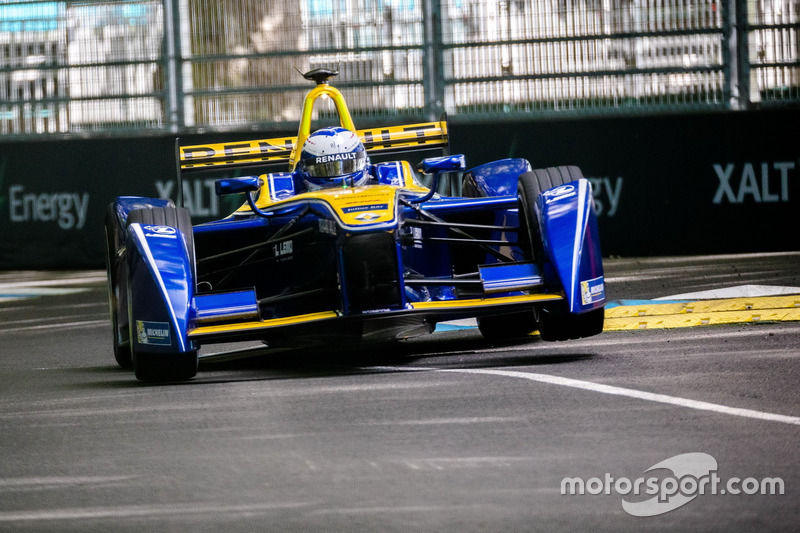 It won’t be a season to remember for Vergne, whose presence in the DS Virgin team lasted less than 12 months.

On paper, there was so much to be positive about. Arguably the strongest driving line-up on the grid, a major French manufacturer developing for the future, and, in Xavier Mestelan and Sylvain Filippi, two ambitious electric technology engineers - yet still it ended unhappily.

There remain doubts about Vergne’s suitability in a team environment. The self-serving F1 traits still seem to linger and this was merely confirmed when he and teammate Bird were within reach of each other on track.

Paris saw things come to the boil. and heated exchanges took place during and after their on-track bout for second place.

One of Vergne’s best races was at Punta del Este. when he drove an eye-catching ‘burn from the stern’ race to grab a hard-earned seventh.

With a strong end to the season, many considered it a possibility he would stay at DS Virgin, but the fractures between he and the team were too great.

A new adventure with Techeetah awaits next season. Perhaps, with Ma Qing Hua as teammate, it could be exactly the right environment for such a talented individual to shine in the same way he did at Andretti in season one.

Vergne sometimes seemed completely disinterested in Formula E, yet here is the paradox, seldom does anyone give as much effort once in the cockpit.

His gutsy drive in Buenos Aires arguably kick-started his season. Thereafter, his take-no-prisoners attitude in races was typical JEV and his legion of admirers continue to love him for it. 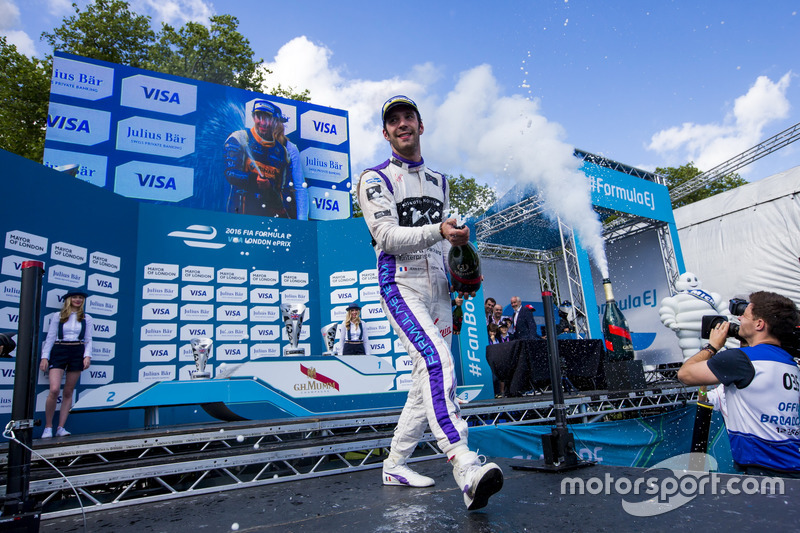 Does it seem curious to include Oliver Turvey on this list, while his teammate and reigning champion Nelson Piquet Jr misses out?

Some will think that, but the way in which Turvey performed in his first full season of Formula E indicates that the Cumbrian has a long single-seater career ahead of him, as he skilfully coaxed the often-recalcitrant NEXTEV TCR FormulaE 001 car into positions it had no right to be in this season.

The team got some of its sums wrong as its decision to run a twin-motor set-up, which, while theoretically being good for efficiency, was not so balanced on its bulk.

The weight distribution of the car was such that the drivers barely coped in keeping the car on the track in some races. Certainly it looked more than a handful, especially in Beijing and Mexico, yet somehow Turvey managed to get it in to three points scoring positions and also outqualify reigning champion Piquet by seven events to three.

Things improved as the season wore on, with Turvey remaining a committed performer and a key instigator of NEXTEV’s progress.

While Piquet’s head often dropped, Turvey finished the season with a flourish, securing two top five starts at Battersea Park, the venue of his impressive debut a year before.

A practical, hard-working driver, Turvey deserves to be considered as one of the very best drivers in the series. 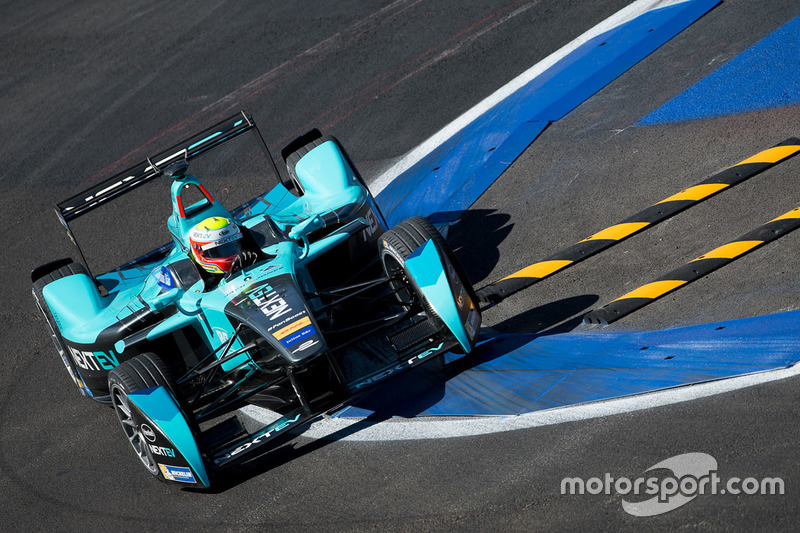 In terms of sheer bang for buck, this Belgian is the driver to have in Formula E. Quick, hard-working, low-maintenance and possessor of a stealthy race building strategy, ‘J-Dam’ had another terrific season.

Punching well above its weight for good chunks of the season, Dragon Racing rattled Renault and Abt’s cage on several occasions and deservedly took a victory after di Grassi’s disqualification in Mexico.

Yet, it could have been so much more. A damping problem in Malaysia cost both D'Ambrosio and his teammate Loic Duval, and then there were issues in Buenos Aires, Paris and Berlin, where Dragon were little more than bit part players.

These frustrations though were off-set by a stunning pole position for D'Ambrosio and a stint in the lead of the race at Punta del Este, before following Buemi home in second position.

The Belgian also took a fine pole in Mexico and then picked up a surprise third in Battersea. He outscored the highly-rated Duval by 23 points, and emerged as one of the most reliable and pacey drivers in the championship. 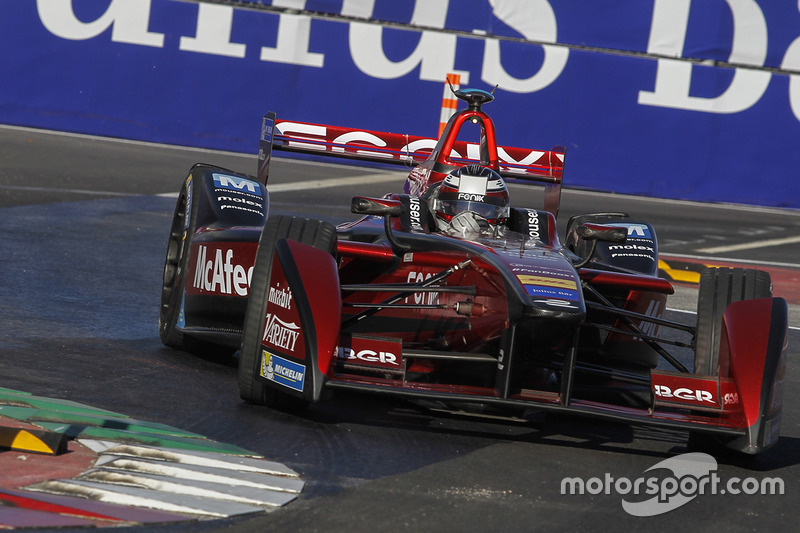 Watch out for the second part of our countdown of the 10 best Formula E drivers of the season tomorrow (Friday), where we will reveal our choices for places 5 to 1.