Vandoorne: No room for off-days in Formula E title battle

Formula E championship leader Stoffel Vandoorne says there is no more room for "off-days" as the 2021-22 season approaches its final four races.

This weekend's double header at the London ExCeL circuit precedes the season finale in Seoul, which takes place at the Sports Complex in Songpa-gu built for the 1988 Olympics.

Vandoorne currently leads the drivers' championship by 11 points over Edoardo Mortara, as the two have frequently traded the lead of the standings throughout the year.

The Belgian, who is hoping to deliver a second drivers' title for Mercedes in a row following last year's success for Nyck de Vries, says that he needs to be "on it" in every single session from now on to keep control of the title.

"There's four races to go, but it's getting so close between everybody that the moment you just don't get the car together, you can't have any off-days anymore because you're just going to be at the back.

"The racing is getting so intense that every weekend, every qualifying session, every practice even, every race, you just need to be on it in order to deliver a result.

"That's what I'm aiming to continue until the end of the year and then we'll see if it's good or not good enough." 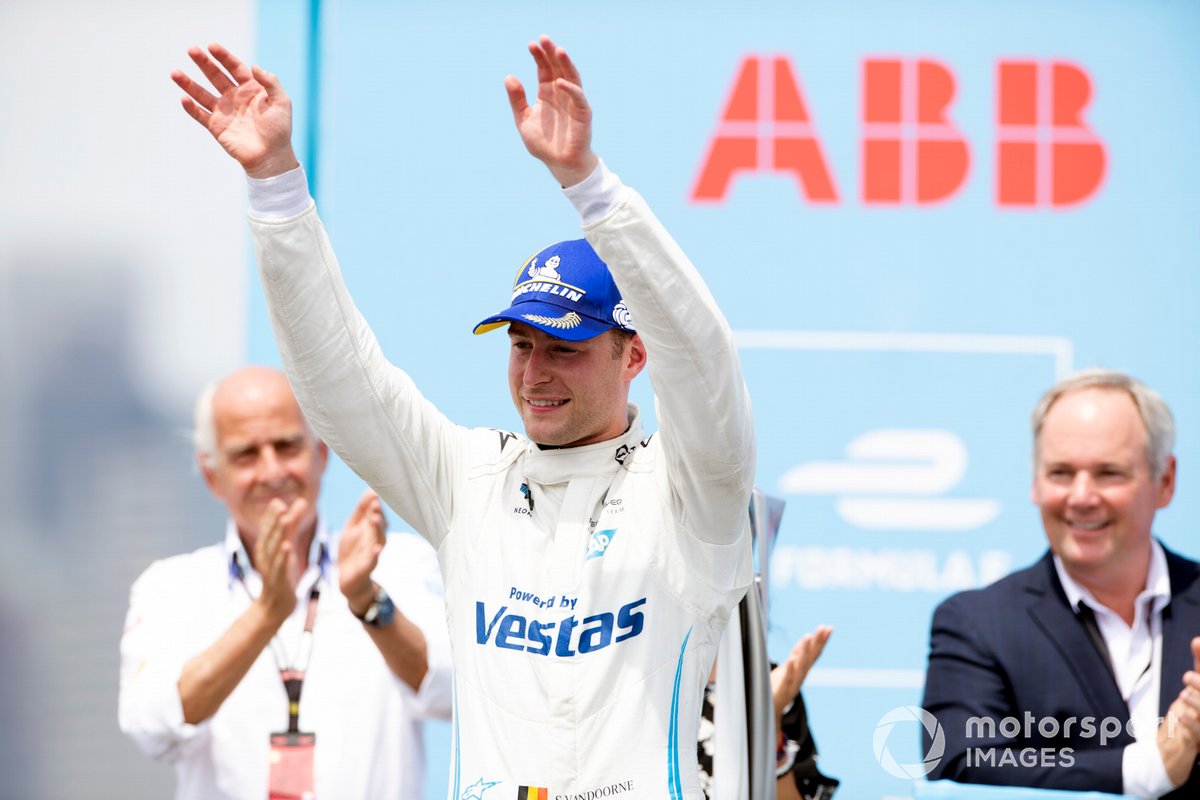 He was caught up in the race one pile-up at Turn 6, following eventual winner Nick Cassidy and runner-up Lucas di Grassi into the wall after aquaplaning in the braking zone amid a sudden downpour.

With extensive damage to his chassis, Vandoorne's mechanics prepared a new car for him - but, unlike Cassidy, the team was able to reuse the same battery components to spare him from the ignominy of a 30-place grid penalty.

"It was good race, and considering what happened with a big crash, to finish race one and the team having to rebuild a brand new car basically for [race two]," Vandoorne said.

"So the result goes to them, because they gave me a car that felt completely fine from FP3 this morning.

"And then we could just build on it; we had a decent qualifying with P5, had a very good start with the race, got ourselves into third and then had to make the move on [Alexander] Sims to get P2."

The move on Sims put Vandoorne on Antonio Felix da Costa's tail, but he struggled to find an opportunity to pass around the tight, twisty Brooklyn Street Circuit.

Vandoorne reckoned he had more pace than da Costa, but was content to settle for the haul of points on offer to overturn a five-point deficit to Mortara in the title fight into an 11-point lead.

"It was kind of hard because I maybe had a touch more pace than Antonio, but there was a couple of corners where I couldn't quite hook the car up, and Antonio was very fast.

"I just missed that little bit to get close enough to really attempt an overtake. On a day like today, it was just very important to get P2 on board and a lot of points."