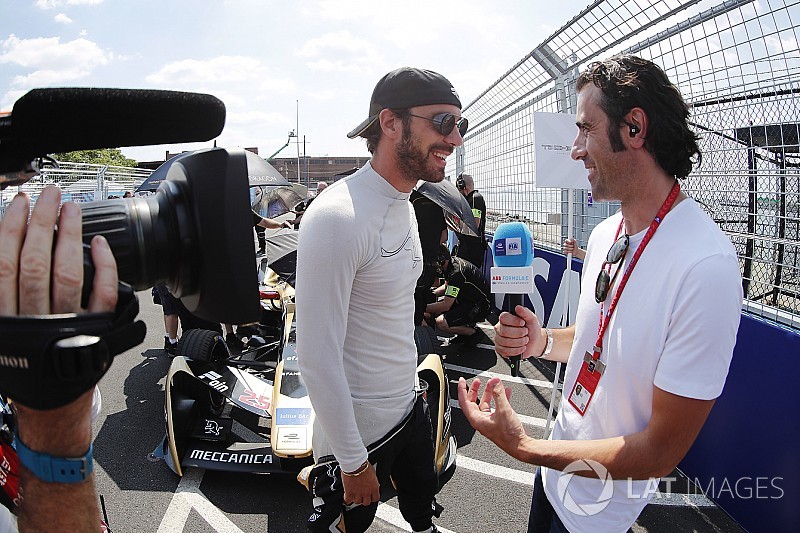 Jean-Eric Vergne says he knew he would clinch the 2017/18 Formula E title in Saturday’s opening New York ePrix race despite starting at the rear of the field.

Vergne was forced to start from 18th on the grid after he and his Techeetah team-mate Andre Lotterer were excluded from qualifying for exceeding the maximum allowed energy levels in that session.

The pair charged back through the field with Vergne finishing fifth, four places ahead of his title rival Sam Bird to seal his championship victory since he won British Formula 3 in 2010.

When asked by Motorsport.com if he thought he’d be the champion when he sat at the back of the grid, Vergne replied: “Yeah”.

“Things happen for a reason. I believe starting nearly last in Zurich helped me understand a few more things about Formula E and things that I put in action in the race.

“People at the beginning were probably thinking I was not going to make it because I was last after five laps in the race, but the truth is I had like four or five more percent than anybody else in front of me. Then I used that energy to come back through the field.”

Vergne did not launch from the grid and used the energy-saving tactic of rolling away from the line and deliberately letting Lotterer pass him.

But the former Toro Rosso Formula 1 driver was still unsure he had done enough to seal the title despite his rise up the order – which included a pass on Bird – and only had it confirmed when he saw Lotterer pull alongside to congratulate him on the cooldown lap.

“I was staying calm [during the race], Vergne said. “Because I had no idea where I was standing in the championship ranking.

“Even after the chequered flag I had no idea. So, I remained calm and just did what I had to do.

“I saw Andre passing next to me [waving] – so I guess he had seen it on TV. But I didn’t want to look at the TV and then Dario Francitti [FE commentator] came on the radio asking me how it feels to be champion.”

Vergne described his title triumph as “quite clearly by far” the greatest achievement of his career so far, but said it was “completely different” from his F1 career.

“I guess winning a world title in F1 is greater than this – probably,” he added. “It’s not up to me to judge that. But finishing eighth or sometimes sixth or whatever in F1 was not something that was really exciting me.

“I guess that was my biggest problem because I didn’t see further, by being [an F1] reserve and having a good mentality, which I didn’t, could give me a better seat.

“My position in F1 to what it is now is no comparison. It’s a different world for me.

“I’m not the same guy either. Not one percent of what I was in F1 I am here today.”