Two-time Formula E champion Jean-Eric Vergne believes the all-electric category can avoid the manufacturer boom and bust that has blighted other championships in the past.

FE has enjoyed a major influx of volume car makers in recent years, with Mercedes and Porsche both entering factory squads for the 2019/20 season that began last month with a pair of races in Saudi Arabia's capital city Riyadh.

They join other major manufacturers like Audi, BMW, Nissan, Jaguar and DS, as well as smaller automotive brands Mahindra, NIO and Venturi.

Major categories outside of Formula 1, including sportscar racing, touring cars and rallying, have experienced fluctuating fortunes over the years as manufacturers flocked to certain championships only to leave again some years later.

But Vergne feels that FE's current rules - which mandate standard chassis, batteries and bodywork - prevent manufacturers from simply buying success, which is likely to keep more of them around for the long haul.

"I think FEH [Formula E Holdings] and the FIA have done a very good job so far trying to keep the budgets low," said Vergne when asked by Motorsport.com whether he felt FE faced a challenge keeping all of its existing manufacturers happy.

"Some teams have huge budgets but it doesn’t make them any faster. Unless they find something out of this world, they’re not going to be one second faster than us.

"That’s the problem in F1. Mercedes, Ferrari and Red Bull, on average, are more than a second faster than the other teams. In FE, everybody can win.

"[The manufacturers] find if they do a clean weekend, a good weekend with good preparation, they can actually win the race. So if they don’t win the championship, it’s not going to be because the rules are badly written, it’s going to be only because they could have done a better job and the other guys did a better job.

"This I think everyone understands in FE, and it’s the reason why all the manufacturers can be happy, because they can all win races."

Vergne was part of FE in its inaugural 2014/15 season with Andretti Autosport, before joining the then-DS backed Virgin Racing team prior to his switch to Techeetah in 2016/17.

Vergne says the proliferation of manufacturers in FE has changed little about the way drivers approach the series.

"I’m not really looking at Mercedes, Porsche, just which guy I have to beat in the same car, and that’s it." 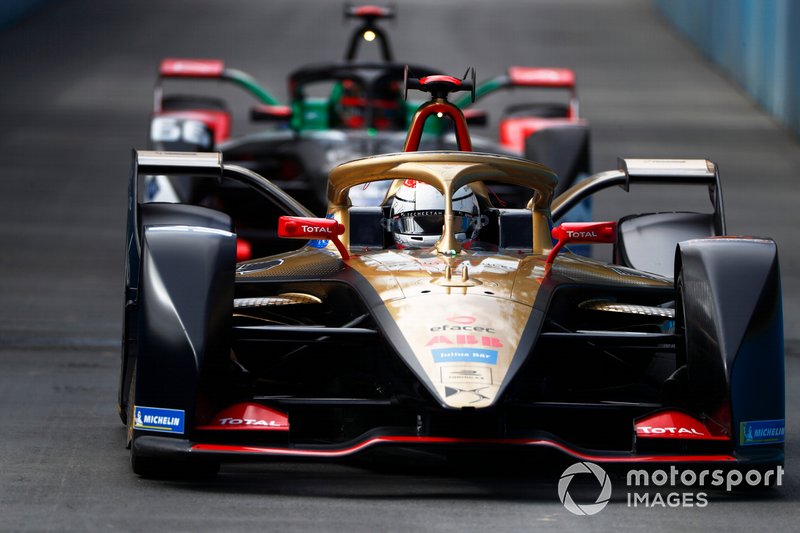