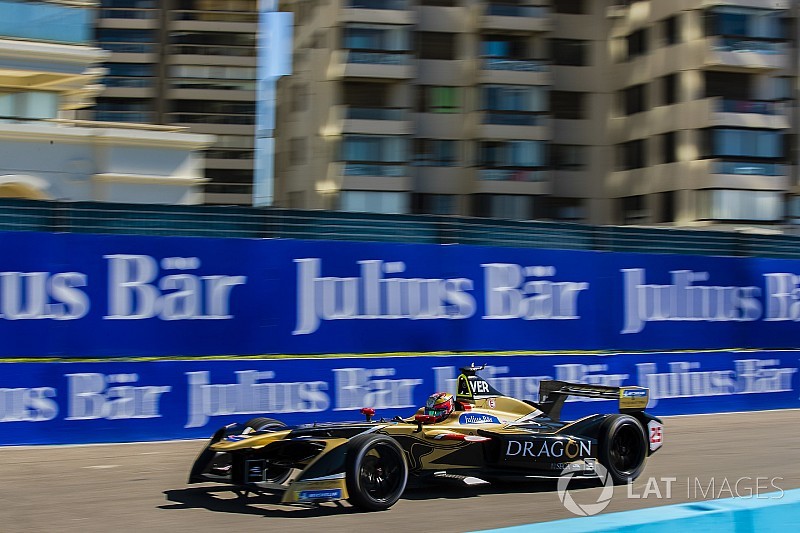 Jean-Eric Vergne has been promoted to pole position for the Punta del Este ePrix after the top four in qualifying were all handed penalties.

Provisional polesitter Lucas di Grassi, Alex Lynn and Oliver Turvey were all placed under investigation for cutting the Turn 14/15 chicane in Super Pole and hitting the bollard installed at that corner.

After a lengthy investigation, all three drivers were stripped of their times.

In a separate development, Jaguar driver Mitch Evans - who had qualified third behind di Grassi and Lynn - was demoted to 16th on the grid for "discrepancies with weight distribution" - the result of a battery change between practice sessions.

It means Techeetah driver Vergne is promoted to a third pole position of the Formula E season, and will start ahead of di Grassi, Lynn, Turvey, Daniel Abt and Sebastien Buemi.

NIO's Luca Filippi was docked three places on the grid for speeding under red flags in second practice, while Andretti driver Tom Blomqvist has been moved to the back of the grid for a gearbox change.

Dragon driver Jose Maria Lopez will start 18th after being hit with a penalty.

Punta ePrix: Di Grassi on pole, but under investigation

How Herbert drove “beyond the pain threshold” on F1 debut