Vergne says Audi "in a different league" in Berlin 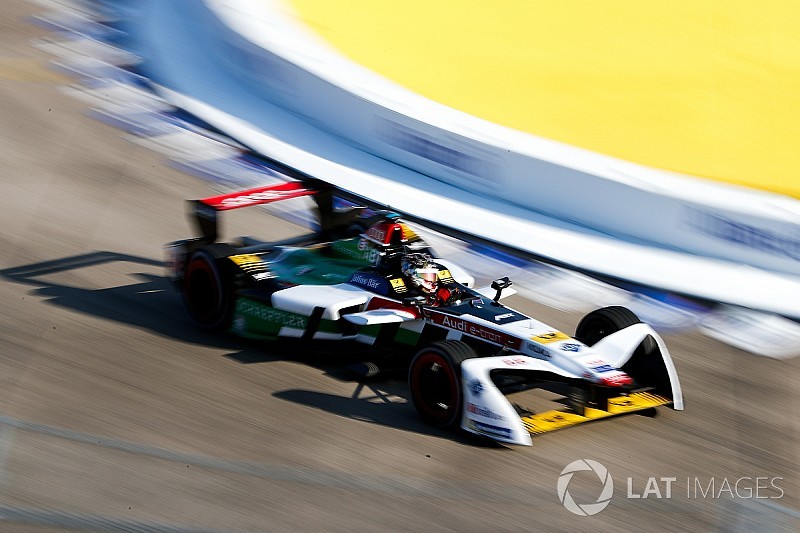 Formula E championship leader Jean-Eric Vergne says his third place in Berlin was like "a victory" as the Audi squad that scored a one-two result was "in a different league".

But the Techeetah racer, who battled with Renault e.dams driver Sebastien Buemi for the final spot on the podium at the Tempelhof Airport track, extended his championship lead as his nearest title rival - DS Virgin Racing's Sam Bird - finished seventh.

"Obviously you would think that I'm sad not to win the race but third to me was a victory," Vergne told Motorsport.com.

"The two Audis were in a different league today - and that happens in motorsport.

"Therefore the best I could do, and I knew I had to do, was third. So, third for me feels like a victory - and I therefore took it very easy.

"At the beginning of the race, people wanted to waste their energy trying to overtake me - ok, why not - but then I got them back, especially Buemi, and it was all under control."

Vergne's podium in Berlin was his fourth rostrum visit in four weekends following his win at the previous FE round in Paris, LMP2 class victory at the World Endurance Championship race at Spa, and overall first place at the European Le Mans Series at Monza last weekend.

"Three wins and one third, extending the gap, I won a [Best Short Film] award in Cannes - it feels amazing.

"I feel like if a team would call me to do the Monaco Grand Prix - I could do a podium! I'm joking, but it feels great.

"I'm at the best I've ever been in my career due mainly to really hard work, and also [having] a different mentality compared to what I used to be. I guess it's paying off."

Vergne's points lead is now 40 over Bird with just three races of the season remaining.

Abt's victory in Berlin was his second of the season, and the second for the Audi squad since it became a full works FE entry.

The 25-year-old, who claimed pole, the win and the fastest lap to take maximum points, explained that he was confident of securing a good result after his performance in qualifying.

"It's super special of course," Abt said. "A home one [race] is always special - you have so much positive energy from everyone around, from the fans, [but] also a lot work to do, a lot of media stuff, so it was an exhausting week.

"I just felt confident all of a sudden today. In qualifying, the lap I did - there was not much more in it, it was really spot on.

"And from there on I knew we could win this because so far qualifying has been a real struggle for us. But we did it, we won, we have fastest lap, we have maximum points."