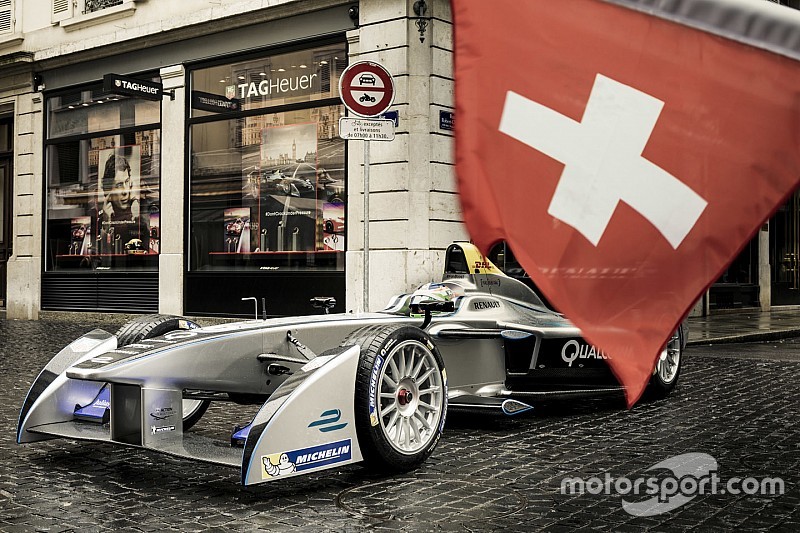 Formula E will end an absence of motor racing in Switzerland of more than 60 years after adding a race in Zurich to its 2017/18 calendar.

The country banned motorsport after the 1955 Le Mans 24 Hours disaster that killed a number of spectators, but relaxed that law in 2015 to allow all-electric racing.

Formula E carried out a demonstration run in Geneva that year, and the electric single-seater series looked set to introduce a race in Lugano before that failed.

Zurich then emerged as the favourite for a Swiss round, and the FIA World Motor Sport Council confirmed its addition to the upcoming season’s schedule with a date of June 10.

It will be the first circuit race in Switzerland since the 1954 Swiss Grand Prix at Bremgarten, won by Juan Manuel Fangio.

FIA president Jean Todt said: “To be able to reintroduce this discipline to a country where it has been absent since it was banned in 1955 is an exciting prospect and the achievement of an important goal for the FIA.

“I would like to congratulate everyone involved in making it a reality, as it is important for us to continue to bring motor sport to new audiences around the world.

“Together with the other new events on the calendar in Santiago, Sao Paulo and Rome, I believe we have a very strong season of Formula E ahead of us.”

FE founder Alejandro Agag said he was “thrilled” to end Switzerland’s racing absence and said series partner Julius Baer, a Swiss private bank, had been “instrumental” in making the race a reality.

“This wouldn’t have been possible without the core fundamentals of Formula E - driving the electric revolution and sustainable mobility,” he insisted.

“I would like to express our gratitude to [Julius Baer] CEO, Boris Collardi, and his entire team for their continued belief in Formula E – we’ve again been able to break new grounds in the world of motorsport.”

The WMSC also ratified Berlin Tempelhof as the venue for the series’ German round on May 19, while the New York date has been moved to July 14-15, avoiding a clash with the F1 British Grand Prix.