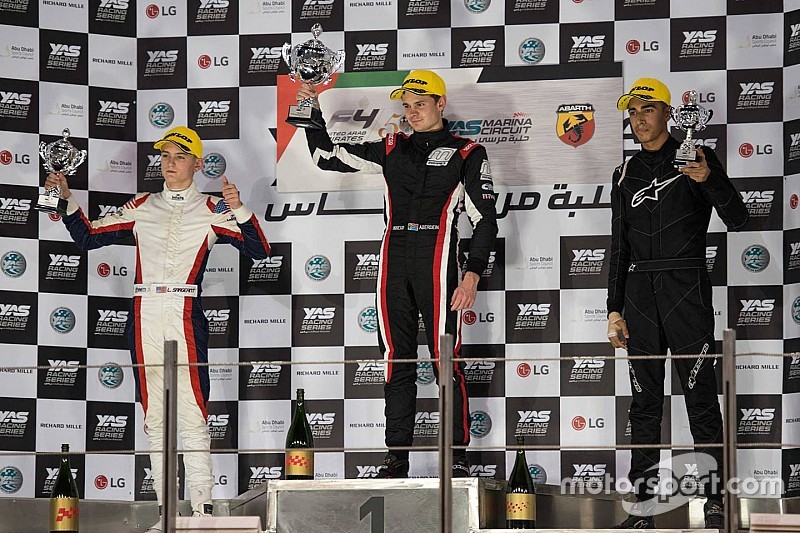 The French-based 18-year-old, who won last winter’s United Arab Emirates F4 title, has graduated with Motopark, the same team with which he competed in the junior category.

Aberdein dominated the UAE series with 14 wins from the 18 championship races, but was out of luck in the German F4 Championship, in which he finished ninth in his second season.

Aberdein is the son of former Audi works driver Chris Aberdein, who was a mainstay of the marque’s tin-top line-up in South Africa in the 1990s and also took victory in the Porsche World Cup in ’89.

The Audi links remain today, with Aberdein one of the junior drivers who tested a DTM car for the manufacturer at the Lausitzring last October.

“I feel ready to fight for the title in F3 this year,” said Aberdein, who has had an extensive test programme with the Motopark squad’s Dallara-Volkswagens.

“After two very successful years with Team Motopark in Formula 4, it was a no-brainer to stay with this outfit for F3 because they give me all the tools I need to continue my way up the ladder.”

Motopark boss Timo Rumpfkeil said: “He made his step up from karting with us in 2016 and stayed two very successful seasons in F4.

“It’s always nice to see how such a young talent grows up with us over such a long period of time – Jonathan has turned from a promising rookie into one of the leading F4 drivers of his generation.

“He turned his speed into some fantastic results, and I’m sure he can continue this in F3.”