Barnicoat believes McLaren dropped him in favour of Honda juniors 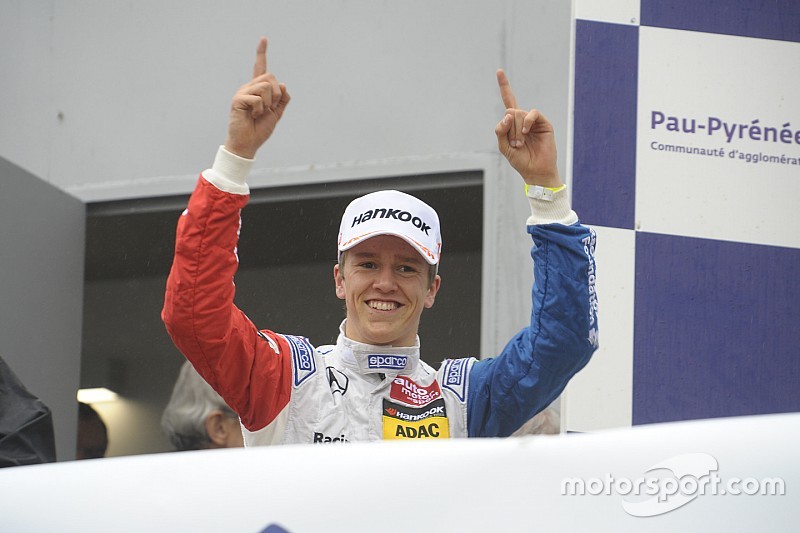 Leading European Formula 3 rookie Ben Barnicoat believes the need to make space for Honda junior drivers was the reason behind the end of his long-standing partnership with McLaren.

Barnicoat, who has recently taken two European F3 wins in his debut campaign with Hitech GP, had been part of McLaren's driver development programme since 2010, back when he was still in karting.

A Racing Steps Foundation-backed driver, he was champion in Formula Renault 2.0 NEC in his first year in single-seaters in 2014, but parted ways with McLaren after finishing fourth in the Eurocup last year.

"I'm no longer a part of it," he told Motorsport.com. "It's unforunate that I'm not there anymore. They made a decision at the start of this year to take me out of the programme - I think so that they could make the new Honda drivers come in."

Honda recently moved two of its proteges onto the Formula 1 ladder, with Nobuharu Matsushita joining ART Grand Prix in GP2 in 2015 and Nirei Fukuzumi entering GP3 with the same team this year.

Barnicoat continued: "It's a shame for me. It was good to have them on board, but at the end of the day, it's their decision and I'm just grateful they've supported me for the five years before.

Asked whether he was certain that the new arrivals from Honda were the reason behind his exit, he said: "I think so, but I don't really know. They didn't really give me any explanation and that's the only one I could think of.

"It's a great shame cause they called me and said 'sorry, we're not supporting you'. No reason why, but it's like that and I just have to work hard to get the best results in F3."

"It's life, you know. Hopefully, now that I'm not part of that, maybe I can take a new opportunity from another team, you never know," Barnicoat added.

Having won two races from his first nine rounds in F3, Barnicoat now leads the rookie standings - and is aiming to hold on to that lead until the end of the season.

"The Rookie title is definitely my target, to win that, and I'd like to hope that I've got the pace to challenge for, sort of, top five, top three in the championship at the end of the year," he said.

"I'd like to be fighting for race wins consistently."

However, the Briton is under no illusions that rookie honours will come easily, having namechecked a number of rival drivers who stand in his way,

"There's a lot... [Anthoine] Hubert, I know from Formula Renault that he's a very fast driver - for sure, in F3, it's not easy to go in straight away and be fast, but I'm sure he's gonna be quick at the end of the year. [Ralf] Aron's also very strong already. It's gonna be difficult to win the title."