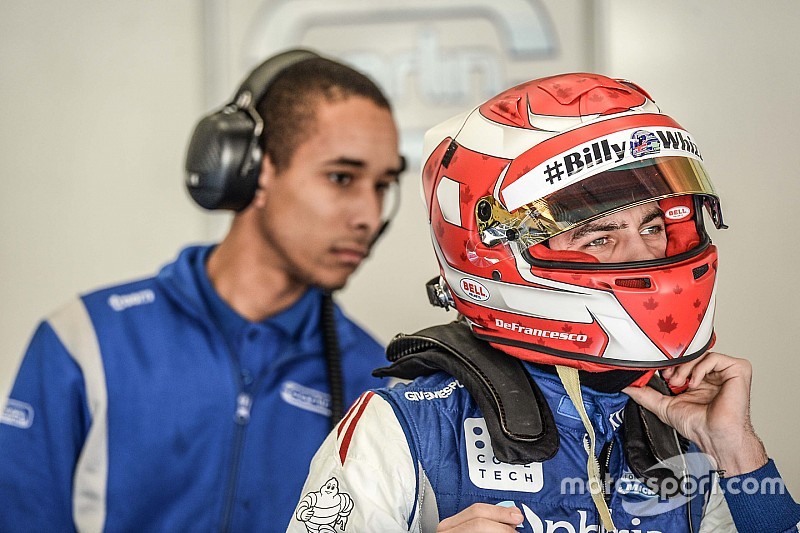 The 17-year-old Canadian will make his race debut in FIA-spec F3 this weekend at the Red Bull Ring with Carlin, before taking part in the final round at Hockenheim in mid-October.

DeFrancesco finished fifth in the British F4 points with Carlin last year before graduating to Euroformula Open with the Hampshire squad this year – he lies fourth in that championship, for current-spec Dallara F3 chassis, and will dovetail both series for the rest of the season.

He replaces Ameya Vaidyanathan, who has contested the past three Euro F3 rounds with Carlin and is third in the Euroformula Open standings.

“I’m really excited for this opportunity to race in the final two rounds of the F3 European Championship,” said DeFrancesco.

“It’s a great championship – it’s going to be a big challenge for my first weekend in the series but also a good experience for me.”

Team boss Trevor Carlin said: “Devlin is an extremely passionate racer and puts his all into everything he races, which he will no doubt do again this weekend in Austria.

“He’s really growing as a driver and coming into his own in the Euroformula Open championship, especially having secured a double podium last time out at Silverstone, so we know that he will be racing hard out there as he makes his debut in FIA Formula 3.”

New-look F3 class for 2019 will be single-make, FIA confirms