European F3 preview: Who can halt the Prema streamroller?

It may have been a turbulent winter for the FIA European Formula 3 series, but the category's 2016 entry list is still packed with quality. Valentin Khorounzhiy is your guide to all the runners and riders.

After three years of uninterrupted success and record-breaking grids, European F3 is in for a very different 2016, with the number of cars taking part in this season's opener set to be the lowest thus far - down from 33 at the end of 2015 to 21 for this weekend's Paul Ricard opener.

Part of that is due to some intentionally imposed restrictions – a ban on teams having more than four cars, a ban on the karts-to-F3 route and a ban on drivers staying in the category for more than three years.

However, there's no getting around the fact that quite a few teams have had to bail because they were simply unable to attract drivers with the required budget to be competitive.

But whether a shrunken grid is at all a problem is a matter of some debate. More than 20 full-season entrants is still what you would consider “perfectly healthy”, and, with the field less packed up, F3 could very well do away with the stop-start, crashfest races it has, in a sense, become infamous for.

And despite the lower numbers, there'll still be plenty of drivers to watch out for in 2016. 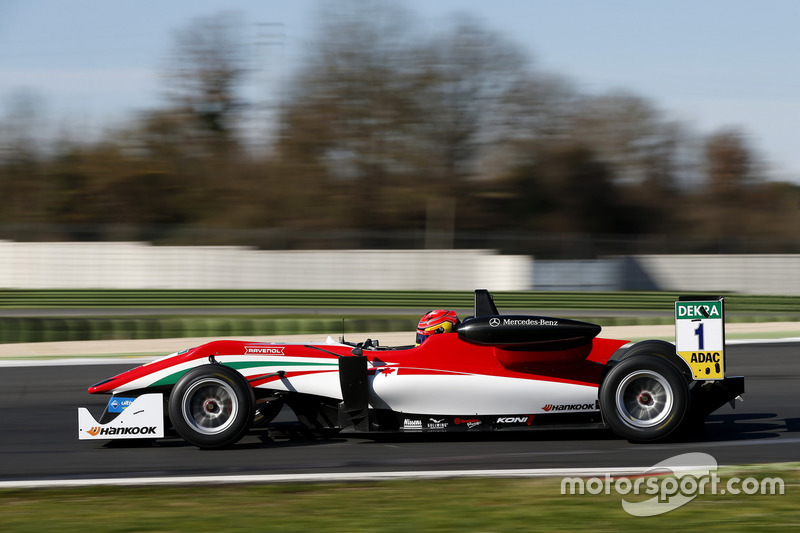 The aptly-named Italian squad has been ceaselessly dominant in all iterations of the continental series since 2011, and its late-season dominance last year, encapsulated perfectly by runaway champion Felix Rosenqvist's 15-race podium streak, was particularly impressive.

While Rosenqvist and all his teammates were newcomers to Prema's F3 stable in 2015, the team has more continuity this time around – with pre-season favourite Lance Stroll a genuine home-grown talent.

Stroll raced for Prema in Italian F4 in 2014, winning the title, and then had a rookie F3 season of ups and downs last year – albeit the ups significantly outweighing the downs by the end of the year, as he finished fifth overall.

But even if Prema remains untouchable, Stroll will come up against some massive competition from within the team.

Firstly, there's Nick Cassidy, best known for his Macau Grand Prix podium and two Toyota Racing Series titles. The Kiwi is seriously quick, albeit F3 isn't his main focus this year and he'll miss at least a round due to a clashing commitment in Super GT.

Cassidy was a frontrunner when guesting with Prema in the second half of last year, as was Maxi Gunther, who also joins the team for 2016. The German is seriously talented and scored a very memorable rookie victory at a wet Norisring for his former team Mucke last year, going from fourth to first in one corner,

The big question, however, is whether Prema's expansion into GP2 will hurt its F3 programme, which has long stood as its primary focus. History shows that it very well might, albeit Prema is clearly no ordinary squad. 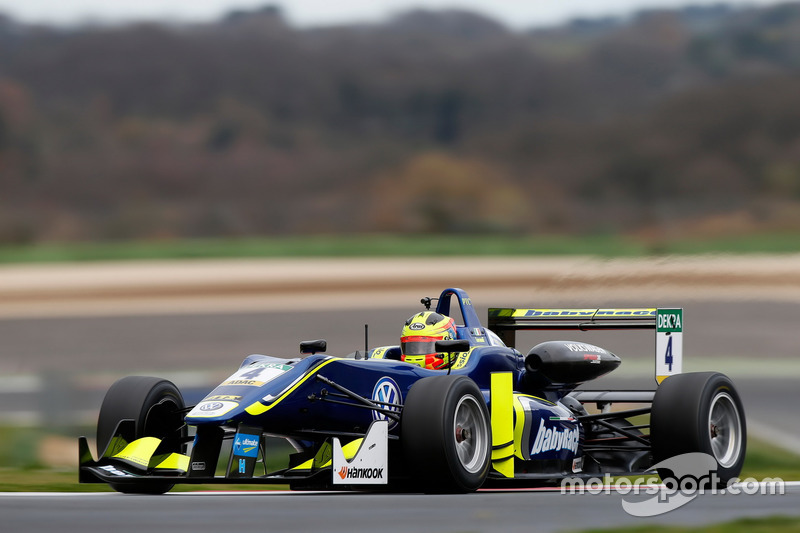 With the British team scaling back from six to four cars as per regulations, its campaign is likely to be spearheaded by new acquisition Alessio Lorandi.

Big things were expected from Lorandi last year as the Italian went straight from karts to F3 after amassing a very good resume in the former. But this year will be much more representative, a more experienced Lorandi now looking like Carlin's best shot at the top step of the podium.

Another driver brought over from a different team – Raoul Hyman – is also no slouch and 21st in the standings last year doesn't quite convey the fact that he did a fine job for West-Tec.

Rounding out the line-up are Ryan Tveter, a capable American driver and one who'll likely move into regular points contention this year, and China's Peter Li Zhi Cong. 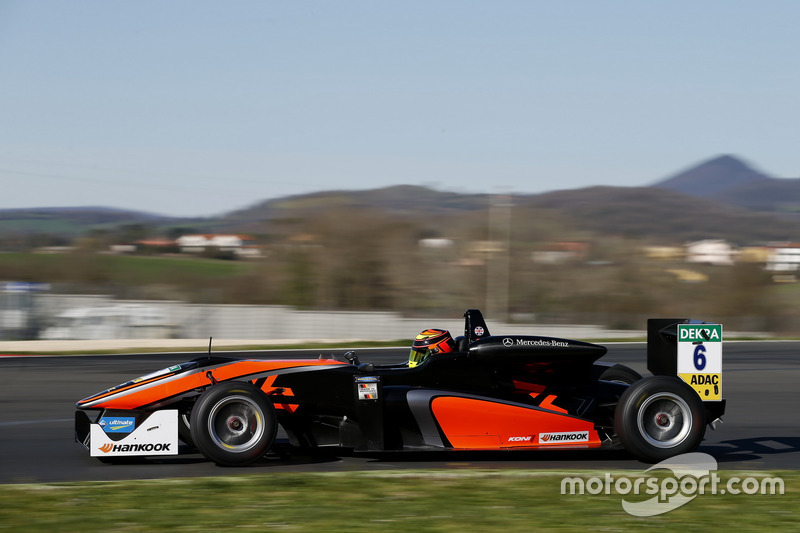 While a number of teams have dialed down their entries, Van Amersfoort, hot off the heels of two super-successful seasons with rookie stars Max Verstappen and Charles Leclerc, is now up to four cars and will now use Mercedes power instead of Volkswagen.

And the rookie focus is heavy once again for the Dutch team, with three of its drivers set for their European F3 debut.

The biggest name among them is arguably Pedro Piquet, younger son of F1 legend Nelson and two-time Brazilian F3 champion. He's yet to race in Europe, but he did look impressive against European regulars in New Zealand's off-season Toyota Racing Series.

Alongside him is BRDC F4 runner-up Harrison Newey, son of star Red Bull engineer Adrian, making the rather large leap to F3 after only one year in entry-level single-seaters.

The third rookie is Anthoine Hubert, who doesn't have as big a name, but arguably has the experience to overhaul both Piquet and Newey, having won the French F4 title in 2013 and been an FR2.0 frontrunner last year.

But while the aforementioned trio are likely to content for top rookie honours, VAR's chief hopes should be pinned on Callum Ilott, who left the Red Bull programme despite a perfectly strong rookie F3 season last year – and should easily be at or around the front. 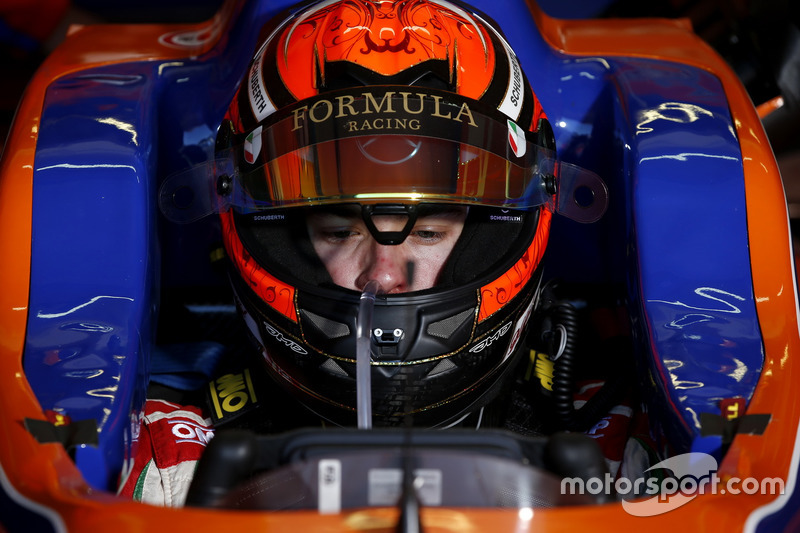 Having been Prema's main rival in 2012 and 2013, Mucke has had a relatively tough couple of years – even though it's still managed to win some races.

And even though the team's down to just two drivers in 2016, you have to imagine it will win again, given the return of Mikkel Jensen.

The Dane, who joined Mucke as the reigning ADAC Formel Masters champion in F3 last year, was rather unlucky to go winless in his rookie season, having come close at Spa. He now has the experience to arrange a few more chances.

Joining him is the blisteringly quick David Beckmann, who is too young to contest the first two rounds of the season – but who will surely turn some heads once he joins from Pau onwards. 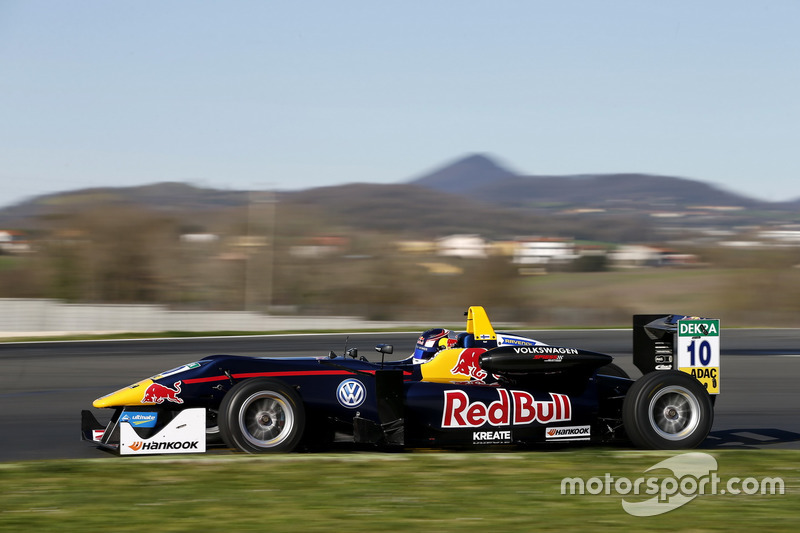 Having made its return to continental F3 competition last year, Motopark has now become the team of choice for two separate F1 young drivers' programme.

For starters, the German team will field Ferrari's sole non-GP3-bound protege Guan Yu Zhou, arguably the most promising young talent to come out of China yet. Zhou finished runner-up to Aron last year in Italian F4, scoring a rather memorable hat-trick of wins at Monza.

But Motopark will also field two new Red Bull juniors. One of them is Brazilian Sergio Sette Camara, who ran a very convincing rookie campaign with the German team last year, finishing 14th.

The other is the Finn Niko Kari, who made the podium 19 times in 21 races in his title-winning SMP Formula 4 campaign last year.

The team's sole driver not affiliated to F1 is Joel Eriksson, but the Swede is no pushover, having finished second in ADAC F4 in 2015. 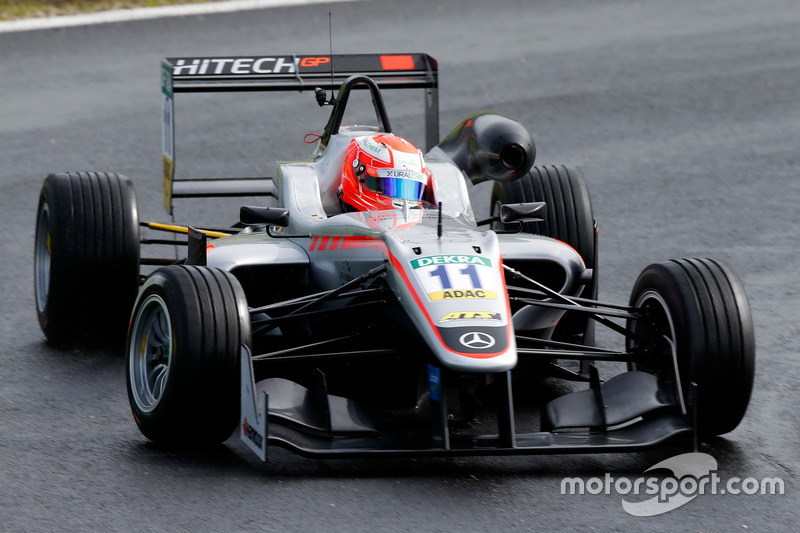 Considered by many a dark horse for 2016 honours, the new Hitech team looked very good in its guest outings with Alexander Sims last year – and has a line-up with lofty ambitions.

The big name in F3 terms here is George Russell, who won for Carlin on his debut weekend in F3 last year. If Hitech is up to speed, he'll be in contention – after all, Russell finished sixth overall last year and, of those who were higher up the standings, only Stroll is back.

Completing the impressive line-up is Force India development driver Nikita Mazepin, albeit he is by far the least experienced of the three. 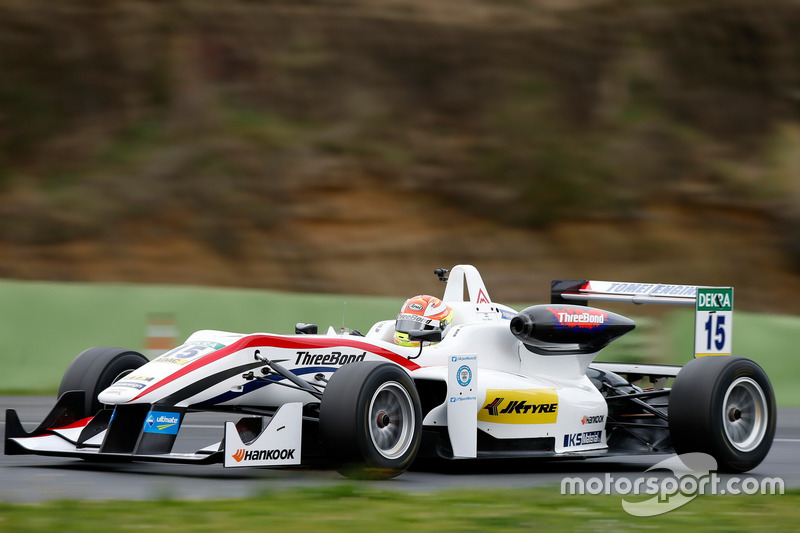 The only team on the grid with just one driver signed up, T-Sport will be represented by India's Arjun Maini.

Maini had a rather tough year with VAR last year, overshadowed by Leclerc, but the Indian has shown plenty of promise in the past, having run Russell extremely close for the BRDC F4 title in 2014 and subsequently impressing in the Toyota Racing Series.