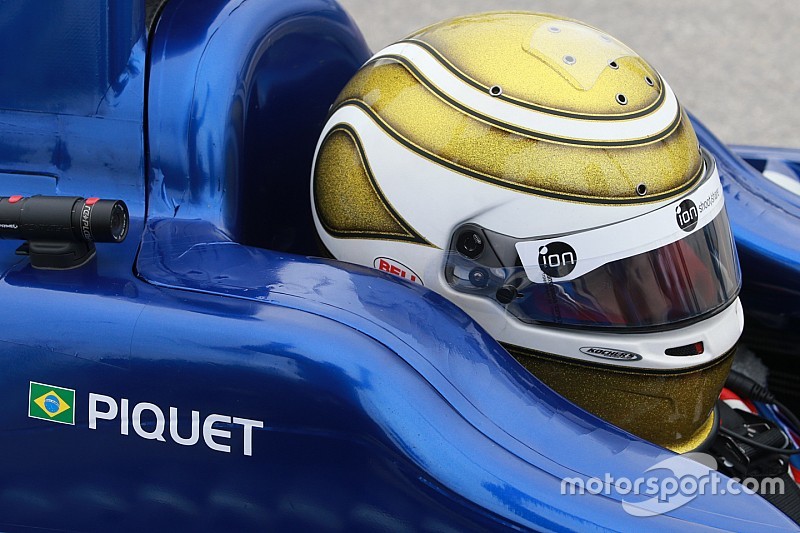 The FIA has refused Nelson Piquet Jr’s planned return to Formula 3 this weekend, in its European Championship round at Pau, following a vote by members of its Single-Seater Commission.

Piquet had planned to race with Carlin around the streets of the iconic French city this weekend, but his entry was initially refused. He appealed to the FIA, and Stefano Domenicali – President of the Single-Seater Commission – instructed a vote on the matter.

But this also returned with a negative answer.

The sporting regulation invoked is Article 4.7 of the FIA Formula 3 European Championship – “any driver application to participate in the Championship will be studied by the FIA and accepted or rejected at its absolute discretion”.

He would also have got to race against his brother Pedro, who contests the series with Van Amersfoort Racing.

Responding to the decision, Piquet voiced his disappointment that he won't be racing.

“I’m extremely disappointed that the FIA turned the application down from Carlin for me to race,” said Piquet. “I think it would have been a great experience for everyone involved and I was so excited to race this weekend – I haven’t driven an F3 car for over 10 years and the challenge was all on my side.

“It would have been good for the regular series guys to compare themselves to a more experienced driver – just like in America when Kyle Busch races in Truck Series or Kevin Harvick in Nationwide. If they beat me, they look like heroes. If I beat them, it’s all learning. I was excited to race against a group of very professional, good racing drivers.

“When I went to Indy Lights last year with Trevor, I had a great experience. It was a good weekend and everyone was happy. I was thrilled to have experience of another championship on that occasion and it led to me testing the IndyCar, which is an amazing car.

“All I wanted to do this weekend was race and it’s a real shame that I’ll be watching instead. Good luck to Carlin and to all the drivers in the F3 Championship.”

The FIA has gone to great lengths in the last 12 months to establish the championship as one of the main developmental categories on the way to Formula One, introducing measures such as a maximum number of seasons in the championship (three) for any driver, as well as not allowing an existing champion to defend their title.

Under Article 4.7 of the FIA Formula 3 European Championship Sporting Regulations, “any driver application to participate in the Championship will be studied by the FIA and accepted or rejected at its absolute discretion”.

With the above strategic direction in mind, believed it would contravene the spirit of the championship for the FIA to approve the application to field such a highly-credentialed and experienced driver as Nelson Piquet Jr – the reigning FIA Formula E champion, LMP1 driver in the FIA World Endurance Championship, as well as 28 races in Formula One.

The FIA’s Single-Seater Commission President, Stefano Domenicali said: “We cannot deny that we were pleased that a driver with the talent and the achievements of Nelson Piquet Jr has expressed a desire to race in a round of the FIA F3 European Championship at a prestigious circuit such as Pau.

“However, we must keep in mind the spirit of the Championship – as one of the primary steps on the ladder to F1.

“Therefore, we decided that we could not accept the application presented by Carlin.

“This season the FIA introduced new eligibility criteria with the specific intent to define the characteristics of the FIA F3 European Championship more precisely. Today’s decision is a logical consequence of these measures.”

Nelson Piquet Jr to contest European F3 round at Pau