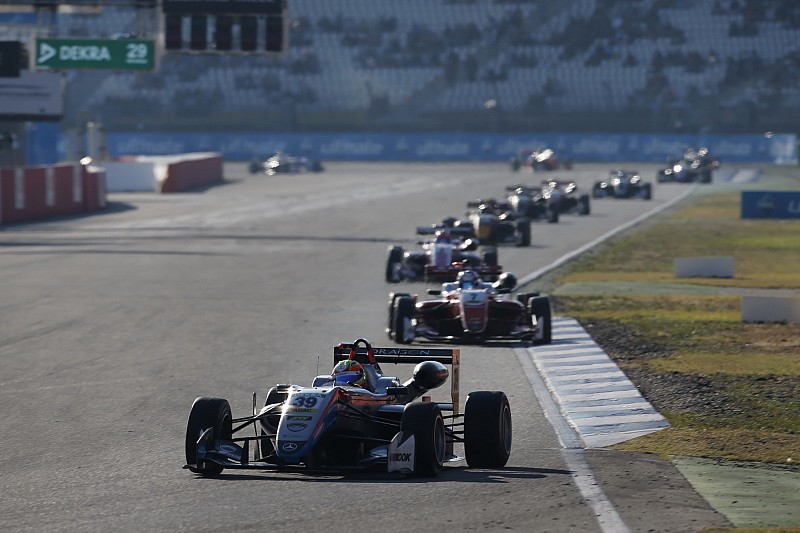 FEM was intended as the continuation series for the machinery from the FIA Formula 3 European Championship, which was run on behalf of the sport's governing body by DTM subsidiary Formel 3 Vermarktungs from 2013-18.

When the FIA launched its new single-make F3 championship for 2019, which replaces the GP3 Series as a Formula 1 support, DTM chief Gerhard Berger vowed to support teams if they wished to continue with the older F3 concept in a series run by F3V.

But with just six drivers confirmed for 2019, and the first official test due to take place at Misano on Monday and Tuesday of next week, the plug has been pulled on the series.

Although there has been no official announcement from F3V, the three teams that were expected to form the bedrock of FEM are understood to be trying to put replacement programmes into place.

Speculation suggests that Motopark is most likely to head towards Euroformula Open, which looks to be flourishing for this season now that it has allowed in the engines used in the old FIA F3 European Championship to join its traditional spec Toyota powerplant.

It is also thought that Fortec Motorsport, which has already competed in EFO in recent seasons, will head towards the Spanish-run series.

Van Amersfoort Racing could potentially head in the same direction, but the Dutch team is believed to be keeping its options open – other series in the same marketplace include the Formula Regional European Championship and Formula Renault Eurocup.